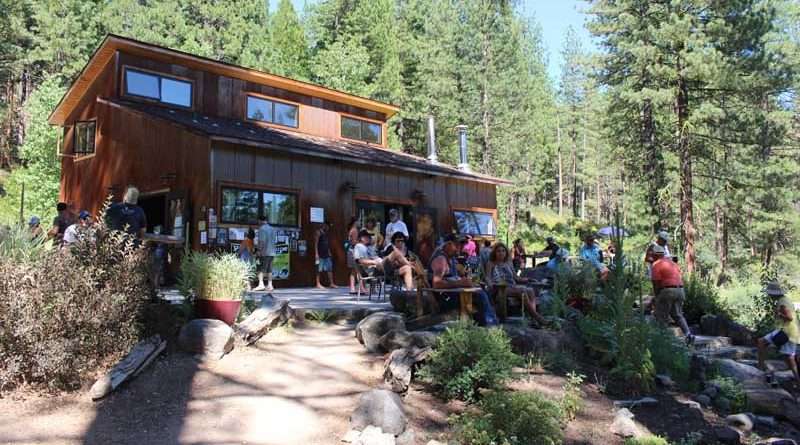 This year’s Pints for Pups celebrations brought people from all over California for a day of beer, music and of course, pooches!
News
August 9, 2017August 8, 2017 David Nickerson, Intern Staff Writer

High Sierra Animal Rescue and the Brewing Lair teamed up July 23 to host a dog-friendly fundraiser to raise money for the maintenance and expansion of HSAR’s operations.

HSAR received $2 for every pint sold during the five-hour event in addition to all the money raised selling memorabilia and drawing tickets.

HSAR uses money generated during fundraisers to pay for animal medical costs, as well as to help pay for shelter upkeep and community outreach programs.

The event itself, which took place at the Brewing Lair, drew a large, steady crowd of eager patrons and canine companions from all over California and Nevada.

The idea of hosting a fundraising event at the Brewing Lair originally came up because of mutual connections between the two entities and because Brewing Lair owner Susan Delano had dealings with the organization in the past.

Delano said that she had adopted a pet from HSAR and was impressed with its work.

Throughout the day and into the evening, patrons and pooches alike hid from the sun and explored the Brewing Lair’s grounds as the band Prescribed Burn rocked out near the main brewery facility.

Due to safety concerns though, all dogs were required to be on leashes, but the pups hardly seemed to mind given the incredible heat and the ample opportunities for social interaction.

Indeed, pooches of all shapes and sizes seemed quite content to hide under the brewery’s wooden tables, casually greeting other dogs who wandered by.

Red Truck catering was also onsite selling delicious hot dogs, burritos and tacos — the smells of which drove many pups and children toward the bright red vehicle.

Kids attending the event played with pine cones and sticks in vacant fire pits as their parents listened to the band and sipped on cool beer.

Many said they loved the beer and were happy to know that some of the money raised was going to a good cause.

The ping-pong tables set up around the property also proved to be popular.

Attendee Mike Brenna added that Pints for Pups was “the best thing they’ve done here in a long time.”

As the name implies, mastery of golf is not a requirement, and anyone who is interested in attending can call the organization for more information at 832-4727.