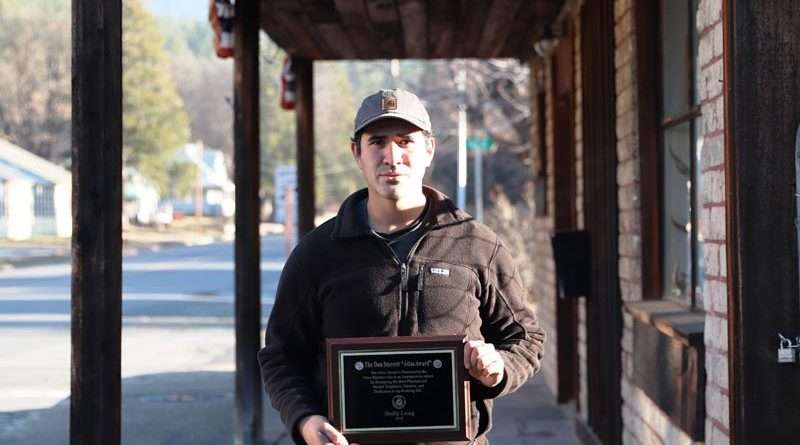 Shelby Leung was honored with the Don Sterett Atlas Award for leadership and inspiration. Photo submitted

Shelby Leung, a member of the Greenville Rancheria Fire & Fuels Crew, was honored by the Redding Interagency Hotshot Crew with the Don Sterett Atlas Award.

The award is given to a crewmember who is an inspiration to others by displaying the most physical and mental toughness, stamina and dedication, said Daniel Manila, superintendent of the hotshot crew’s leadership development program.

“When Shelby was in the lead position he made solid decisions … His situational awareness and safe practices while in command of the crew were outstanding,” Manila said.

Leung, selected to join the Redding leadership program in the 2019 fire season, was assigned with his crew to fires in Alaska and other states, as well as throughout California. He also participated in digging fire lines, operating saws and managing barracks.

His fellow crewmembers voted for him to receive the award. They recognized his calm and competent decision-making skills, collaboration and leadership, said Manila. He recommended Leung “without question” to serve in other fire organizations.

Leung grew up in Plumas County and is the son of Trina Cunningham.