Plumas County Sheriff Todd Johns announced during this morning’s Board of Supervisors meeting July 13, that he would be lifting evacuation orders for the southern end of the fire, but that they would remain under an advisory. He issued the order shortly thereafter.

The following areas have been reduced from an Evacuation Order to an Evacuation Warning:
• Hwy 70 between Beckwourth-Genesee Road to the Plumas/Lassen County Line
All addresses north of Hwy 70 between the Beckwourth-Genesee Road and the County Line.
All addresses along the south side of Hwy 70 Hwy 70 between the Beckwourth-Genesee Road and the County Line.
• Chilcoot and Vinton
All residences.
The following Mandatory Evacuation Orders remain in effect:
• Frenchman Lake
All surrounding areas of Frenchman Lake, Carmen, Frenchman Cove, Dooley, Frenchman Village, Frenchman Cove.
• Doyle Grade and Sugarloaf Road
• Dixie Valley
Dixie Valley Rd from Beckwourth-Genesee Road to Frenchman Lake.
These areas remain a Mandatory Evacuation area due to active fire, uncontained fire edge, or other safety considerations. The Sheriff’s Office  will continue to evaluate lifting additional orders on a regular basis.
Remember the fire is still active within the burned area and you may see spots of smoke. Fire personnel will still be actively working the interior and edges of the fire. Expect to see hotspots for some time. Do not call 911 to report unless there is an immediate threat to life or property.
Be vigilant to weather and wind conditions and take any future orders seriously, should they change.
While returning home and while fire personnel remain in the area use caution, reduce your speed, drive with your headlights on and yield to emergency personnel.
ust because the flames are out does not mean the danger is over. Damaged trees/terrain and flash flooding are just some of the dangers that exist after a wildfire. DO NOT put yourself or your loved ones in danger by exploring! 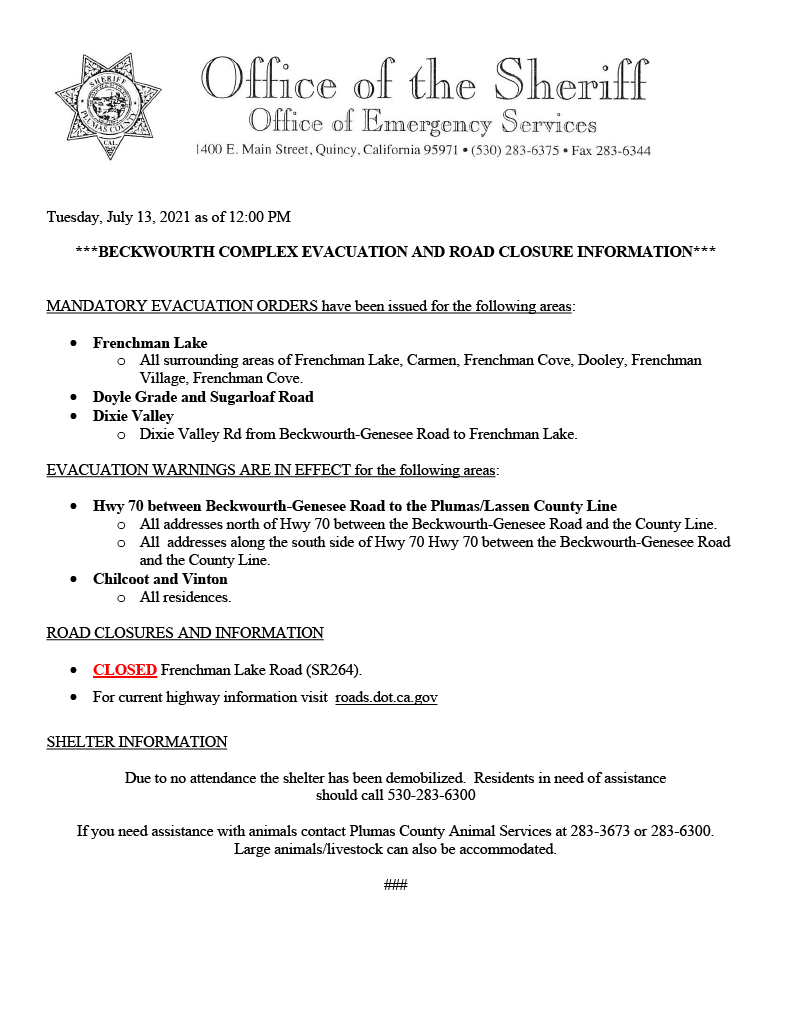