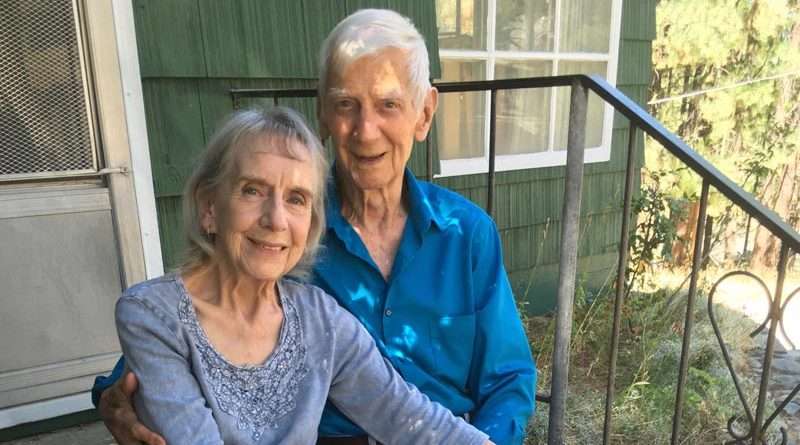 There’s always that person you meet that you never quite get over — there’s a story there somewhere yearning to be told. For Portola resident, historian and author Bud Buczkowske, that story was the life of Ezzard Mack Charles, the heavy weight champion known as the “Cincinnati Cobra.”

Charles was a friend of Buczkowske, and through their conversations and interviews, Buczkowske developed a one-act play/one-man show called “The Quiet Champion.”

“His story captivated me,” said Buczkowske, who at age 90 has not let go of the story of the man he once knew. He wanted people to know about Charles — an important historical figure in boxing that is often overlooked.

The play had its premiere in Downieville at the Yuba Theater some years ago —Buczkowske was a resident of Alleghany for many years. Now Buczkowske is dreaming about attempting to put on a performance here in Plumas County.

Buczkowske moved to Plumas County when he met wife Ann who has lived and taught in Portola for many years. He credits her with editing his work.

Buczkowske tells the story of his friend Charles who, though he led a quiet life outside of the ring, lived and boxed during boxing’s heyday from the 1940s to 1955. Charles won 95 matches, lost only 15, with one draw. His few losses were to boxing legends like Tommy “Hurricane” Jackson and Rocky Marciano. He fought Joe Louis and Jersey Joe Walcott.

Buczkowske explores Charles’ life as a young fighter who began boxing at the age of 14, and saw the exploitation of young boxers by unscrupulous managers. He shows Charles’ life story with its pitfalls — a career interrupted by World War II, the accidental killing of an opponent in the ring, and later suffering and eventually dying from Lou Gehrig’s disease.

Buczkowske hopes to revive the show and bring the actor he previously worked with, Brian Price of Camptonville, to perform here in Plumas.

Buczkowske is also beginning to write the Ezzard Charles story as a screenplay.

This is not Buczkowske’s only foray into writing — he’s been writing since the 1960s, and is the author of several math and history books with 17 books in total, and he’s still writing from the house he shares with his wife Ann in Portola today.

When not working on writing endeavors the husband and wife team volunteer when they can with High Sierra Animal Rescue.