After months of meetings and discussion, Plumas Unified School District and Feather River College are poised to adopt a new map detailing their trustee areas. The meeting is scheduled for Thursday, March 10, at 3 p.m. and can be accessed here: Board PMR

The need to redraw trustee areas comes every 10 years following the national census. But during this latest effort, the two educational entities switched it up even more — transitioning from trustees being voted on at-large (by the entire district) to being elected just as the county supervisors are (by the registered voters within the trustee area). Additionally, the numbers used to designate each trustee area were also altered to better coordinate with the supervisors’ designations.

Just as with the newly redrawn supervisorial districts, the trustee areas have guidelines to follow:

Must have reasonably equal population

Must not be gerrymandered

Should observe communities of interest

Should use identifiable boundaries such as streets, topography

Ideally, each trustee area would have the same population, but that is not possible when trying to adhere to all of the other criteria. The population of each district can’t differ by more than 10 percent, but ideally the differential would be less than 5 percent.

There were challenges in drawing up a new map, particularly when trying to ensure that the new trustee areas aligned with high school attendance areas. During their joint meetings, Feather River College trustees said their boundaries could be more flexible than Plumas Unified’s for that reason.

While trustees from both entities weighed in on the process and the maps, little interest was shown by the public, with no public comment made during the last two hearings. The public is invited to weigh in again this Thursday before the trustees make their final decision.

This is the proposed map of trustee areas that will be discussed: 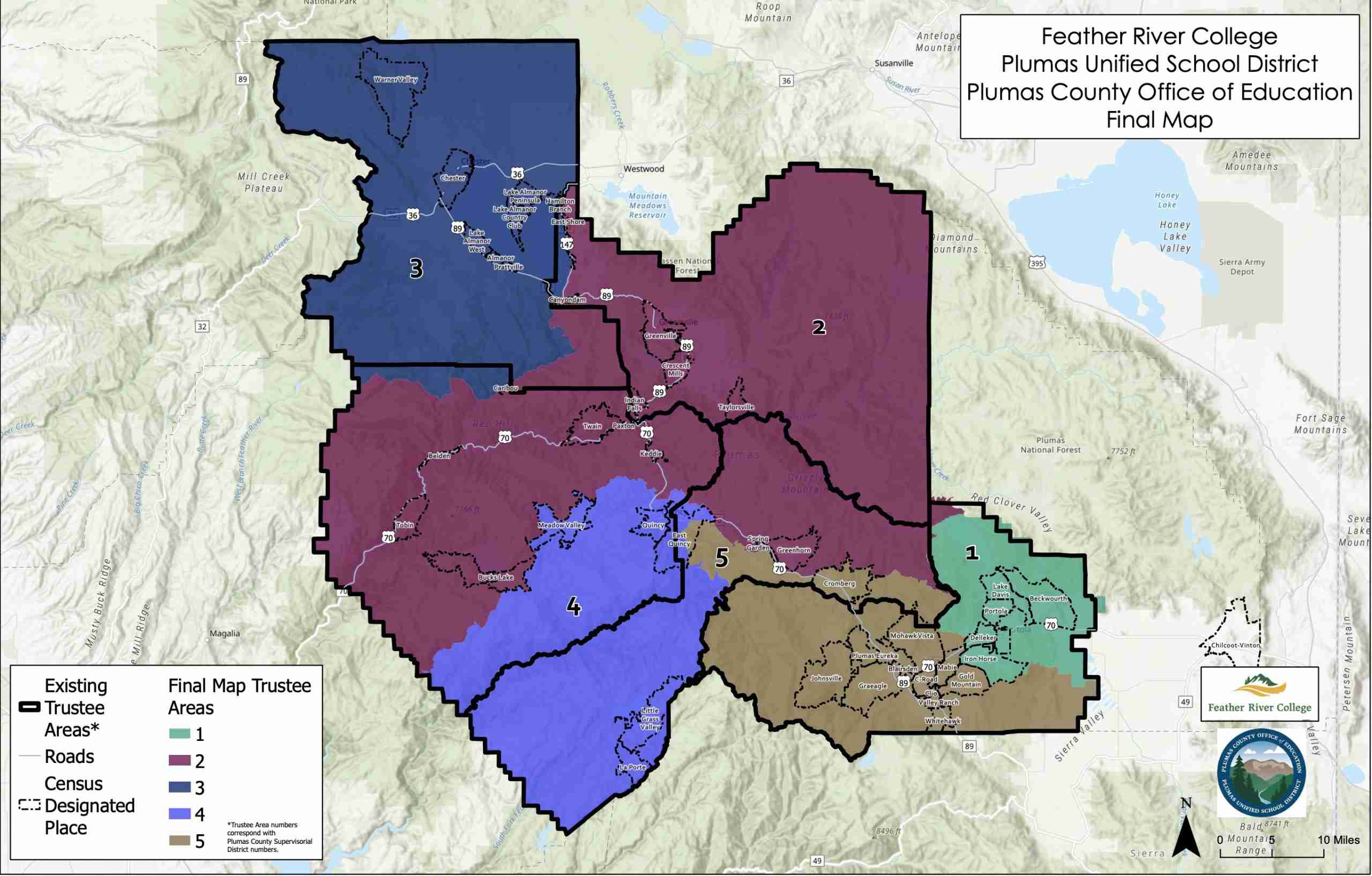