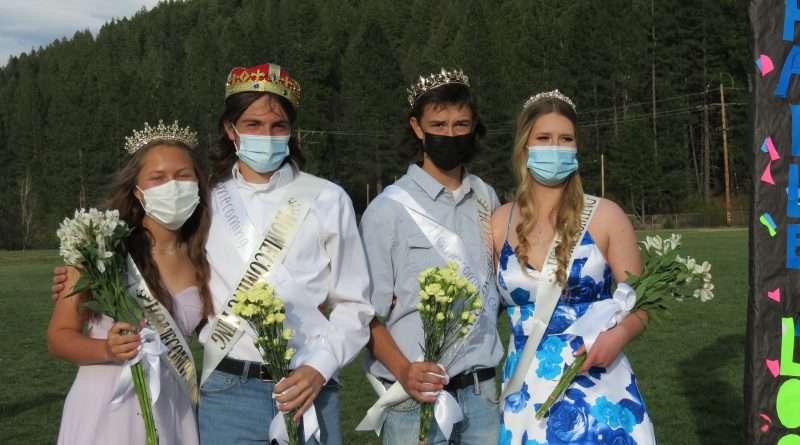 Traditionally Quincy High School Homecoming festivities feature the crowning of a queen during football season, while during basketball season, a king is crowned during Hoopla.

This year, the high school combined the two and crowned a queen and king during a hybrid event April 23, held at 6 p.m. on the soccer field. Due to the coronavirus concerns and restrictions, the audience was limited.

The event capped off a week of activities that included dress-up days and class contests including those for best arch, best hallway and best video.

Prior to announcing this year’s royalty, Senior Class President Sarah Hoffman announced the winners of the contests:

Candidates for prince were David Leonhardt, Logan Hokanson and Dagan Little. Leonhardt won, but was playing football in Greenville, is his stand-in, Canaan Newman, accepted the crown and sash for him.

Helping to crown the royalty were seventh-graders Ashlyn Stelzreide and Carter Peterson and eighth-graders Morganne Olhiser and Victor Torres.