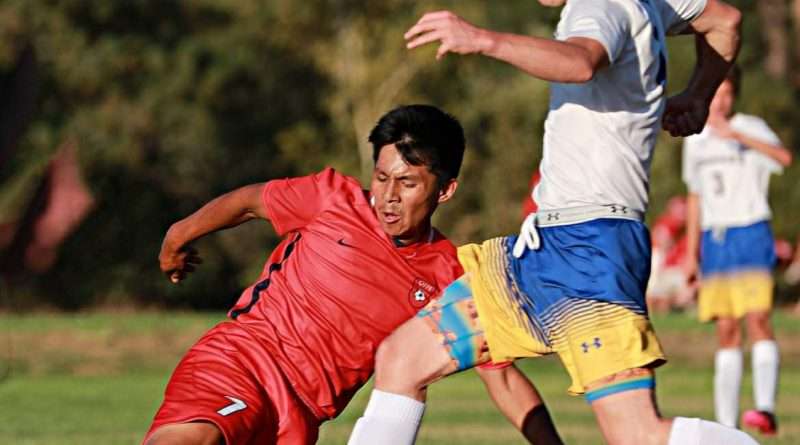 The Olympic Development Program is a national process for identifying and developing the best youth soccer players. The process promotes players to the U.S. National Teams, which represent the United States in international competition, such as the Youth World Cup and the Olympics.

The main ODP objective is to identify, evaluate and train highly talented male and female youth soccer players. As part of this national effort, the Cal North ODP is dedicated to developing the highest level of youth soccer. The following criteria is used to evaluate all players:  Technique, Tactical Awareness, Physical Fitness, Psychosocial Dimension and Commitment.

Brody’s desire to continually improve his skills, dedication and sportsmanship has not gone unnoticed by any of his coaches and other elite head coaches. A candidate must not only fill out an application to apply for ODP, but it is required to have a recommendation from a head coach attesting about a player’s soccer technique and level of play. After passing this screening, the candidate will be invited and must attend all three tryouts that last 4 hours each. Approximately 80 athletes were competing to become a State ODP Player at the August, September and October tryouts and there are about 32 athletes chosen. Brody’s goal is to be selected and play soccer for either the USA or Ecuador National Team. Being a State ODP Player, is a step in the right direction to achieve his goal.

Currently, a sophmore at Quincy Jr. Sr. High School, Brody is a Scholar Athlete where he maintains at least a 3.5 grade point average. His favorite class is Anatomy, plans on attending college and would like to have a career that has something to do with the human body.

Brody is the son of Juan Nunez and Magalia Erazo of Quincy. He has family, friends, coaches, and teammates who are supporting and encouraging him to play well and to reach his goal.

Greg Prouse, Quincy High School’s Varsity Soccer Head Coach, had this to say, “Brody Nunez is the type of player every coach wants on their team. Not for just the talent and effort he has put into the game, but over these last two seasons, it has become clear he offers more to the game of soccer. He brings everyone around him into his love of the game. It’s clear Brody’s future as a soccer player will be at higher and higher levels, but he has always shown a willingness to play with and develop his fellow players. One memory from this season that stands out is after taking a foul and receiving a penalty kick, Brody easily could have netted another goal in a game that was already won for our side. Instead, he pulled a new player to the game and pumped him up to take the shot. He was willing to give up stats for another player to grow and learn the game. I was so proud as a coach to watch this unfold organically. There are many other things I can say but will end it with, I have been very honored to coach this young man and know Brody’s future is his to thrive in.”

The first competition will be ODP West Championship to be held January 3-6, 2022, in Phoenix, AZ.