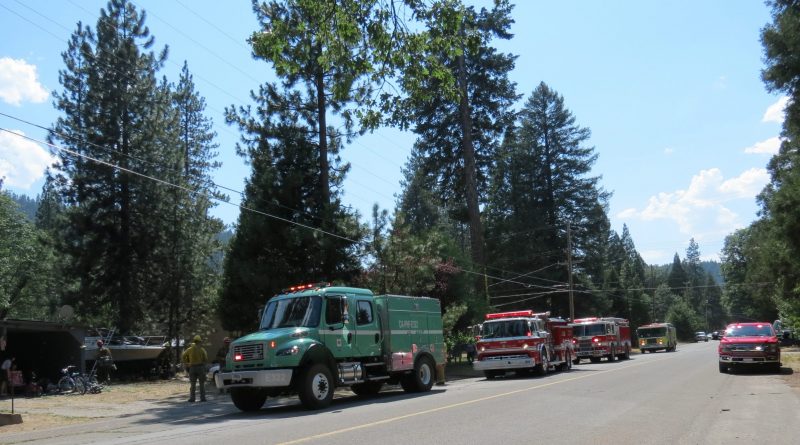 Just some of the units that responded to the report of a "boat on fire" in an East Quincy neighborhood this afternoon. Photo by Debra Moore
News
July 28, 2022 Editor

A quick response by the Plumas National Forest and Quincy Volunteer Fire stopped a fire from spreading in East Quincy this afternoon, July 28 around 3 p.m. According to Quincy Fire personnel on the scene, a Forest Service engine was the first to arrive on the 2200 block of Mansell Avenue in East Quincy after the report of a boat on fire. Forest Service personnel quickly extinguished the fire and stopped it from spreading to an outbuilding, the home,

and the house next door.

The area behind Mansell Avenue is densely forested and abuts an area that burned in the North Complex Fire in 2020.

Quincy Volunteer Fire remained on scene and continued to douse the boat. The cause of the fire is not yet known.