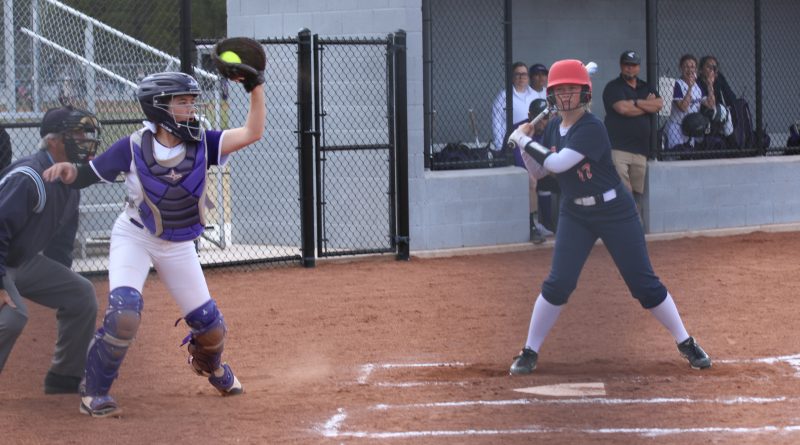 The Trojan softball team finished their league undefeated record with a 4-game streak. The final game of the season was a pair of victories over their rivals, the Portola Tigers. Quincy hosted Portola May 3 and won 17-7. Portola hosted Quincy May 6 and the Trojans won again, 9-4. A doubleheader with Biggs took place on April 29 bringing the Trojans another pair of wins, 3-2 and 10-5. QHS head softball coach Mike Yalung is looking forward to playoffs, “The seeding meeting is Friday (May 13) … we will play next Tuesday (May 17).” The locations of the games will also be announced at that time.

The last game of the regular league schedule took place May 6th in Portola. The visiting Trojans stepped up to the plate first and brought in one run. The Tigers snagged the lead in the bottom of that inning with three big runs. Quincy came back in the top of the 2nd inning to tie things up, 3-3, and then broke down the gate in the top of the 3rd inning to add 6 more runs. The Tigers put an additional mark on the scoreboard in the bottom of that inning for the final score, 9-4.

Quincy runs were scored by Jenna Peay, Gaia Nelson, Kristin Murphy, Kayla Thackeray, Lexi Baumgartner, and Emma Beatley. RBIs were hit by Thackeray, E. Beatley, and Brystol Beatley. Murphy and McKynlee Gay managed to steal a base each from the Tigers. Brystol Beatley pitched the entire game and struck out 7 Tiger batters throwing 48 pitches in 7 innings.

The first of the two rivalry games took place in Quincy. The Portola Tigers jumped right in to score 2 runs in the first inning. The Trojans came back hard with 5 runs in the bottom of that inning. The Tigers added another run in the top of the 2nd inning, and Quincy burned down the baselines to add 8 more of their own, 13-3. Portola fought hard and put 4 runs on the board in the 3rd inning, 13-7. The Trojans added 2 runs to their lead, and 2 runs in the bottom of the 4th inning for the final score, 17-7.

Tiger runs were scored by Ross (2), M. Klemesrud, Adrina James (2), C. Klemesrud, and Wicks. Ross hit two doubles that game and Wicks also hit a double. M. Klemesrud stole a base from QHS pitcher Brystol Beatley. Tiger pitchers were Wicks and James. Wicks struck out 4 Trojans while pitching 4 innings. James struck out one Trojan during her 2 innings on the mound.

Brystol Beatley struck out 4 Tigers at the plate while pitching the 5-inning game, throwing 42 pitches.

Two wins from the Biggs doubleheader

Trojans earning those runs by crossing home plate were Laney Barreno, M. Gay, and B. Beatley. RBIs were hit by Vivian T-G and Baumgartner. M. Gay was able to steal a base. B. Beatley pitched all 5 innings to strike out 5 Wolverine batters.