Renata Vander Veen, 76, of Graeagle, CA, passed away at home by her husband’s side on April 9, 2022. She is survived by her husband, Van, her 3 daughters Lea, Denise, and Lauren; 4 grandchildren, and 4 great-grandchildren. 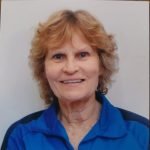 Renata was born in Sweden March 6, 1946, when her parents and brother escaped Latvia in a small boat. It took 5 years before they were able to immigrate into the United States. She spent most of her life in the Bay Area, California. Her first marriage to James Robertson gave her two daughters, Lea and Denise. After that time, she went to school and then started an apprenticeship as Electronic Technician at Alameda Navy Base. It was there that she met her second husband, Van. From this marriage came her third daughter, Lauren. Renata continued her career at the City of Berkley as a Radio Technician and served as a union rep for IBEW. She retired in 1992 and spent her time enjoying tennis, swimming, reading, going to concerts, traveling, and spending time with her family. She always enjoyed learning new things and received a Bachelor of Arts Degree in Radio and Television from San Francisco State University in 1993.

Renata is predeceased by her brother, mother and father.