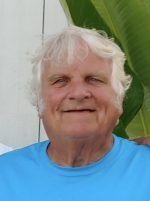 Richard was born in Long Beach, California, on May 25, 1945. After graduating from high school he spent three years in the army. He was fortunate enough not to go to Vietnam. After working for the city of Seal Beach, he left southern California in search of a quiet and beautiful place to live.

He came to Quincy and was a longtime resident for approximately 53 years. He worked for the Plumas National Forest Service as a surveyor for 20 years. After working for the forestry, he independently surveyed in the Quincy area. Richard volunteered in the community during these years, working to improve the Plumas County Museum, visiting patients at the local nursing home, and leading Bible studies with the inmates at the state prison in Susanville.

Richard was a deep thinker and an avid researcher of many topics. He had a special interest in spirituality and world religions. He was always open to the beliefs of others and welcomed anyone to participate in conversations about their spiritual beliefs. He was also our family’s historian, spending many, many hours collecting pictures of our ancestors and cataloging facts for the next generations.

Richard loved living in Quincy, but was always excited to go down to the beaches of southern California. He studied the sky and could identify stars, planets and constellations. Watching the sunset always made him happy.

He is preceded in death by his son, Jeremy Knoettgen; parents, Harold and Elizabeth Graves Knoettgen; as well as his older brother, John Knoettgen. He is survived by two sons, Joshua and Seth Knoettgen, three grandsons and four siblings.