Richard (Skip) Wyckoff, our husband, father, grandfather, great grandfather and friend passed away in his sleep on May 23, 2022. He is survived by his wife of 70 years, Edna M. Wyckoff, and daughters Claire W. Donnenwirth and Diana W. Roberson. 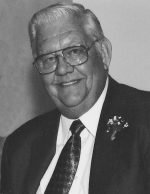 Born in Reno NV in 1933, he was a proud native Nevadan. He graduated from Reno High School in 1951, and married his high school sweetheart in 1952. After serving 4 years in the U.S. Air Force, he attended the University of Nevada, Reno and San Francisco College of Mortuary Science.

A funeral director by trade, he succeeded his father at Ross, Burke & Knoble, followed by a career change in Winnemucca, NV as the Manager of the Chamber of Commerce. The family relocated to Portola, CA in 1970, where he continued his career in the funeral industry until he built an independent business as the Weather Wizard providing windows for new home builds.

He retired as a craftsman turning beautiful hand-made wood products from a variety of wood species, including sagebrush. His Wood Wizard craftwork could be found at several art exhibits in Reno, including the Nevada Museum of Art.

He was a member of the Kiwanis International organization for many years, serving as the Lieutenant Governor for the State of Nevada, and committed to service projects to benefit youth. He was well-known in the organization for his popular beer pancakes served at many fund-raising events, including the Reno Balloon Races.

He will be remembered by the good friends that he gathered everywhere he went, from his square dancing skills with the Reno Merry Mixers and Winnemucca Sagebrush Stompers, to his story-telling and penchant for practical jokes, silly poems and fun and games with his family. He was an avid gardener, outdoorsman, hunter and fisherman, and loved boating and RVing with friends. He had a larger than life personality, and left a unique mark on the people he loved.

A celebration of life will be held at Idlewild Park on June 30 at 2:00-4:00 PM in the Rose Garden Gazebo. In remembrance, memorial contributions can be made to the Ronald McDonald House in Reno.