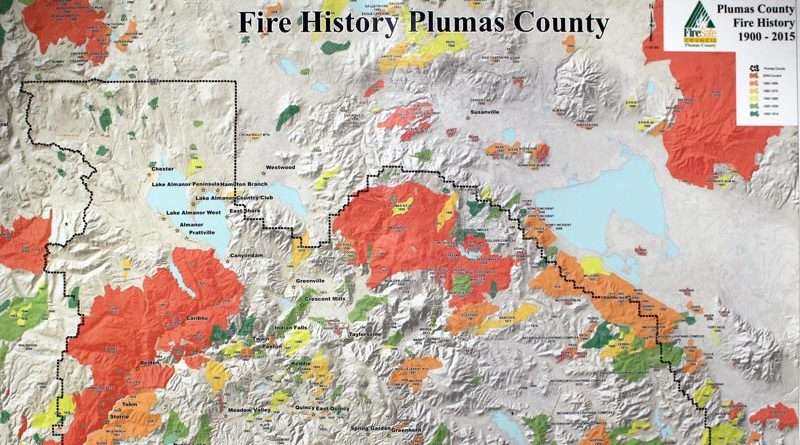 Located in the Chester Fire Department conference room, this map depicts all the fires that have burned in Plumas County from 1900 to 2015 (in the shaded areas). Hamilton Branch resident Gary Hinshaw said it does not appear that any forest fires have spread into a residential neighborhood in the Lake Almanor Basin during that 115-year period, suggesting that insurance companies may have overreacted when they raised policyholders’ rates. Photo by Stacy Fisher

For the past few years California has seen a substantial increase in the extent and duration of fire season due in large part to such factors as longer dry periods, the effect of high winds, deferred utility equipment maintenance resulting in malfunctions sparking wildland fires, abundant forest undergrowth and climate change, all of which has wreaked havoc on the state.

Last year’s Camp Fire in Butte County, the deadliest and most destructive in California history, engulfed more than 18,000 structures and killed more than 80 people before it was contained. It caused more than $12 billion in insured losses.

Firefighters in California continue to battle dozens of blazes across the state, displacing hundreds of thousands of people and throwing entire communities into chaos.

It’s not only a problem found in rural communities surrounded by forestland. Suburban areas in Southern California have been hammered by a series of major fires in recent weeks as well.

In response to the many conflagrations that have arisen over this time period resulting in billions of dollars in damage to homes and businesses, many homeowners have seen their insurance rates skyrocket — or worse — canceled, even after having paid their premiums for many years.

The latest round of fires is fueling concerns that rates may eventually be boosted again as insurance companies seek to recoup their losses. The implications can reverberate across the economy.

Before raising rates, insurance companies must first go through the California Department of Insurance, requesting approval of a rate increase after submitting documents listing their losses and what they expect to pay out as a result.

Bob Rouland of Farmers/Rouland Insurance Agency has been serving the needs of homebuyers and sellers throughout California and Nevada for the past 36 years, with the main office located in downtown Chester.

California homeowners have seen an average increase of 68 percent in premiums paid from two years ago, he noted.

He said that he’s getting four or five calls a day from people that have had their insurance canceled and are looking for a recommendation. “That’s something I haven’t seen before.”

Insurers are really skittish right now, he added, especially after the Camp Fire last year brought billions of dollars in claims, pointing out that a lot of cancellations and nonrenewal of policies are happening in areas where insurance companies see a potential for high losses.

Rouland indicated that his office could still find homeowners insurance for clients, but at what cost?

“It’s a matter of the price they would have to pay,” noting that as a last resort homeowners have the option to apply for the pricey California Fair Access to Insurance Requirements (FAIR) plan, since homeowners carrying a mortgage are obligated to have fire coverage as mandated by their lender.

Created in 1968, the program is comprised of insurers licensed to conduct business in California. In other words an insurance pool established to assure the availability of basic fire insurance to people who have been unable to obtain insurance in the voluntary insurance market.

“Agents can also write up a separate companion policy in conjunction with the FAIR plan that would cover liability and other losses besides those caused by fire,” which of course means even higher costs to fully insure your home.

Rouland recognized that for a lot of people — those with limited budgets, for example, Social Security recipients — who can’t afford to pay an increase in their premiums are under a lot more pressure, knowing that they may ultimately face foreclosure.

However, “Mortgage companies and banks would rather not foreclose,” he opined, “and might instead allow for a lower premium that covers the amount of equity left in a home but not the full value of the home.”

So far, Rouland said he hasn’t yet noticed a contraction in the housing market, but if rates continue to climb each and every year he is concerned that there could eventually be a slowdown in the marketplace.

To further complicate the difficulty in finding fire insurance, “A lot of these companies are bailing from the market altogether because they are getting hit with huge claims,” resulting in fewer companies willing to provide coverage.

Hamilton Branch resident Gary Hinshaw received a cancellation notice from his homeowner’s insurance company after living at his residence for the past 48 years, even with an unblemished history and not a single claim.

He said he searched far and wide for another policy for over three months, contacting as many as 14 separate insurance agencies, but came up empty.

Finally, he applied for the FAIR plan, the state’s industry-funded fire insurer of last resort, but his premiums still rose from $2,000 to $4,200 a year, a substantial increase.

With a deductible of $2,500, he also pointed out that, “The FAIR plan only covers me for fire that damages the structure of my home, but doesn’t cover the contents, so I ended up also having to buy into a so-called wraparound plan for another $800 per year to cover other losses such as water damage, theft and liability.”

Like many other retirees the added cost has put Hinshaw under severe stress he said.

Hinshaw said he attended the Board of Supervisors meeting in Quincy on Oct. 15 where California Insurance Commissioner Ricardo Lara spoke to homeowners, real estate representatives and public officials about the uncertainly they faced with rising insurance premiums affecting not only local residents, but the whole state.

He said that after listening to Lara, he understood that the rate hikes would eventually be felt throughout the economy, potentially affecting the continuing viability of the home market in California by slowing down growth.

“I talked with agent Mike Flanigan [of Flanigan-Leavitt Insurance Agency] in Quincy, and he said he’s losing policy holders every day.”

Commissioner Lara indicated that any solutions “would be slow in coming,” said Hinshaw, “and that we should anticipate more increases and cancellations in the coming months and years,” adding that one woman at the meeting said she had to go back to work just to make enough money to pay her homeowners insurance.

He said that Lara communicated to attendees at the meeting that his department hasn’t the authority to make any changes to current rules and regulations without approval by the state legislature through the passage of a bill that reforms existing laws, which can take months — even years — to bring about.

“I consider myself fairly fortunate, there were people in the room that were in foreclosure because they couldn’t afford their fire insurance premiums or received nonrenewal notices,” and also heard one business owner say she was having to shut down the operation of her business.

Insurer-initiated non-renewals in the highest-risk ZIP Codes rose to 8,751, an increase of 10 percent from 2016 to 2018, the Department of Insurance reported, while the FAIR Plan has picked up much of the slack.

Many people don’t have enough disposable income to cover the increases, Hinshaw acknowledged. “I think it changes the way we have to budget our finances, with the added costs going to the insurance companies rather than toward car payments or food and other necessities. … Some things we can learn to do without, while other things we cannot.”

Even renters may see their rents go up as the owners of the property pass on rate increases by raising rental fees he surmised.

Eventually, Hinshaw expects that higher homeowner insurance could impact property values too, as fewer people find they can afford all the costs associated with owning a home.

Some towns are designated Firewise communities, where homeowners follow official guidelines to “harden” their properties against fire by creating fire safe zones around their property and eliminating fuel sources that could ignite from flying embers.

And yet many homeowners he said in the Hamilton Branch area (and other locations within the Basin) who have conducted extensive and costly defensible-space and other mitigation work to reduce fire hazards on their properties have discovered too late that these measures did not lower their premiums.

During his research, Hinshaw said he was able to contact a regional representative through senator Brian Dahle’s office who then directed him to speak with his insurance agency headquartered in San Francisco, in order to find out why certain homes saw an increase in premiums or had their policies canceled while neighboring households did not.

Despite explaining to the insurer that his property met all Firewise criteria and was close to the Hamilton Branch Fire Protection District firehouse, he was told that the company’s decisions were final without providing further explanation for why his policy was originally canceled.

The experience led Hinshaw to the conclusion that stakeholders need to lobby the state legislature for greater transparency in the insurance industry.

“It’s going to take us as property owners to get involved to find a solution we can all live with,” asserted Hinshaw.

One possible answer might require that the state and/or the federal government subsidize fire insurance policies to make them more affordable to policyholders who can’t afford any more rate hikes, as is the case for medical premiums that are currently supplemented with a percentage of the premiums paid for through the Affordable Care Act.

Research online through Google revealed that: “The citizens of California have the right to initiate legislation as either a state statute or a constitutional amendment.

A ballot proposition can be a referendum or a measure that is submitted to the electorate for a direct vote.

The ballot initiative processgives citizens in California a way to propose laws and constitutional amendments without the support of the governor or the legislature. … The number of signatures required to qualify an initiated state statute for the ballot is based on the total number of votes cast in the last general election.

For both initiatives and referendums, signatures equal to 10 percent of these votes are required to put the proposal before voters.

An ISO score is calculated based on how a well-equipped fire department protects the surrounding community within its service district, including response times.

These scores were provided to homeowners insurance companies.

Increasingly, insurance companies are relying more on “FireLine” scores instead, that assesses the fire risk at specific locations.

Every address is given a score that insurance companies use to base their rates on.

A FireLine score combines several different risk factors around homes within designated areas and pinpoints various levels of risk for each address.

The system evaluates the fire risk to a property and assigns a score based on three factors: proximity to fuel sources like grass, trees, or dense brush that can feed a wildfire; slopes that can increase the speed and intensity of a wildfire; and the degree of easy access to a fire or obstacles that can impede firefighting equipment.

High risk areas however may receive an overall score if the neighborhoods are located far from a fire department and other factors such as having a dense forest surrounding them.

END_OF_DOCUMENT_TOKEN_TO_BE_REPLACED 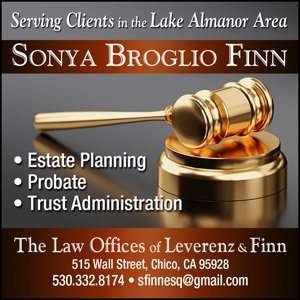 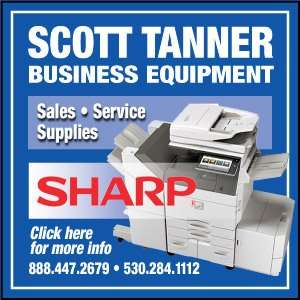