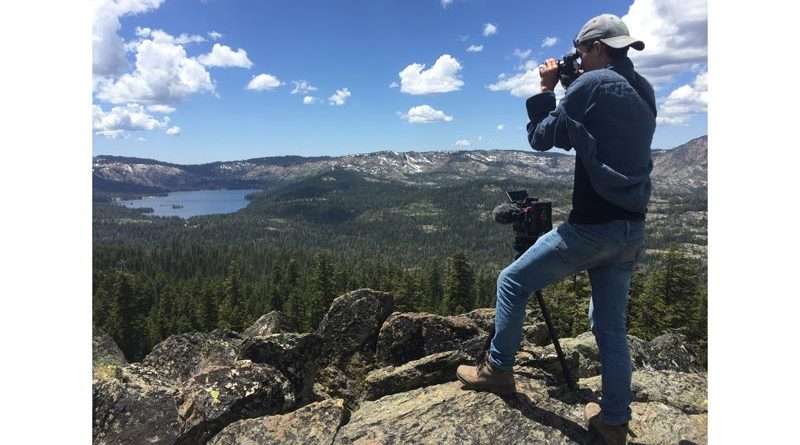 Treat yourself to something exceptional at 7 p.m. on Wednesday, Nov. 7, at the Town Hall Theatre in downtown Quincy when Friends of Plumas Wilderness hosts a special River/Wild Film Festival to showcase the premiere of the short film “Visions of the Lost Sierra.”

The 14-minute film, funded with help from a Patagonia Media Grant, celebrates the 50-year anniversary of the National Wild and Scenic Rivers Act that designated the Middle Fork Feather River as one of eight waterways originally selected for protection nationwide in 1968.

Matt Ritenour, an award-winning cinematographer, co-directed the film with FPW President Darrel Jury to celebrate the Feather River and its unique history.

Ritenour will introduce the film, which was produced by Jury, and explores how people need free-flowing rivers and wilderness for solitude and inspiration, showcasing the dreams of local people and highlighting their connections to one another.

“Friends of Plumas Wilderness made the film about the Middle Fork to celebrate Wild and Scenic protections and raise awareness of the significance of the river,” Jury said. “The Feather River supplies drinking water to 26 million people, 60 percent of Californians. In addition to protecting natural, cultural and recreational values, Wild and Scenic Rivers provide clean drinking water to people who may never visit them.”

Dams stopped on the Middle Fork

Jury noted that his team learned a lot about the river and people who love it during the making of the short film.

“We didn’t know that the State of California had (already) approved the construction of two dams and powerhouses to be built on the Middle Fork and passage of the Wild and Scenic Rivers Act stopped their construction,” he explained. “This film is dedicated to the people who kept the river free-flowing.”

The premiere will run 7 to 10 p.m., including a special award ceremony and three other short films: “Run Wild, Run Free: 50 Years of Wild and Scenic Rivers” by Shane Anderson; “The Wild President” by Will Stauffer-Norris; and “A Misty Existence” by Colby Elliot who will introduce his film.

Before the films air, the Wilbur Vaughan Wilderness Visionary Award will be presented to author Dick Laursen who spent a memorable part of his boyhood growing up on Milsap Bar.

The event is free to the public and will likely pack a capacity crowd, so get there early.

A $10 donation per person is sincerely welcomed to support FPW’s many wild and scenic preservation projects.

Celebrating the 50th anniversary of the Wild and Scenic Rivers Act.

Prize Drawing: Tickets $5 each or five for $20. One free drawing ticket with entry.

Prizes include dinner for four at the Genesee Store, two backpacks from Patagonia, a lifejacket from FRC Outdoor Recreation and other items from event sponsors and supporters.

Quintopia brew will be available on tap. Bring your own cup and save $1 on each draught.

The film festival and awards program is sponsored by Friends of Plumas Wilderness, a nonprofit organization based in Plumas County that is dedicated to studying, exploring and maintaining the integrity of natural ecosystems in the Northern Sierra and Southern Cascades.