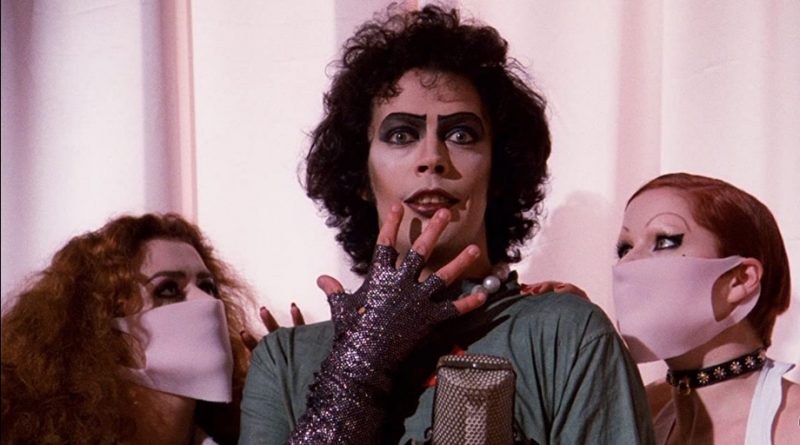 Doors will open at 8:15 p.m. with a no host bar and bake sale, street performances and socializing. The film is scheduled to start at 9 p.m.  There will be no Saturday Night showing of The Phantom of the Open to accommodate this event

An admission of $10 will be collected at the door. A bag of party favors may be purchased for $5. Attendees are asked to honor the request of theatre management by not bringing in food items such as rice or hot dogs and no confetti. Dressing in costume is encouraged. Prizes in several categories will be awarded at the movie after party at The Brush.

The event is a collaborative effort between The Town Hall Theatre and QUIRCUS (Quincy Community Circus). Troupe members will host the bake sale and provide performances before, during and after the screening of the film.

The Rocky Horror Picture Show is based on the musical stage production of the same name that debuted at the Royal Court Theatre in London in 1973. Music, book, and lyrics are by Richard O’Brien (starring in the film as Riff Raff) who created the work as a parody tribute to the science fiction and horror B movies of the 1930s through the early 1960s.

The plot: On a wild and rain-swept late-November evening, somewhere at an empty stretch of road outside Ohio’s merry Denton, blissfully-affianced, prudish, boringly-innocent young pair Brad Majors and Janet Weiss find themselves stranded on their way to visit an ex-tutor. Instead, the couple will inadvertently unearth the cross-dressing Dr. Frank-N-Furter’s spooky lair of inexhaustible oddities, just in time to partake in the out-of-this-world mad scientist’s proud unveiling of his latest, delightfully extravagant, most daring creation: the ultimate male and the perfect sex symbol: the flaxen-haired Rocky Horror. But, little by little, as the effervescent transgressive force gobbles up whole the unsuspecting visitors of the night.

The film was not a hit when it was first released, but later garnered an extraordinary and ongoing cult fan base in 1976 when it hit the midnight movie circuit with audience member attending in costume and providing extraordinary interactive audience participation. Toilet paper, newspapers, and even hot dogs are involved. Not only that, but audiences shout at the screen before or after dialogue to gather a response from the rest of the viewers.

Much of the film’s subsequent success is due to the captivating performance by Tim Curry as Dr. Frank-N-Furter’s in both the original stage production and the film. “It’s astounding. Time is fleeting. Madness takes control;” it’s a phrase that will forever echo in the ears of die-hard fans.

For information on more movies and events at the Town Hall Theatre… https://www.plumasarts.org/town-hall-theatre.html 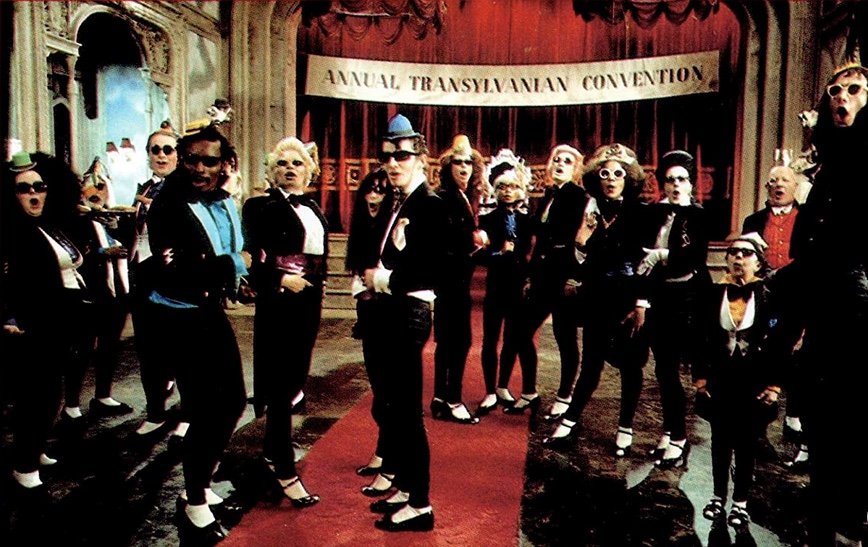