Sometimes the best way to begin a story is with the ending.

At the conclusion of an hour-plus interview with Coby Hakalir, the candidate for school board representing Trustee Area 5 (East Quincy to Graeagle) he said the following: “If I don’t win, I want to have a voice. Whether I do it on the board or off the board, I’m never going to stop fighting so my daughter can have the best education that she can, and by extension, every child.”

Hakalir has a daughter who attends third grade at C. Roy Carmichael in Portola. He said there were some specific issues that caused him to decide to run for the Plumas Unified School District governing board, but he didn’t want to address those in particular, other than to say he was stonewalled when seeking to address them. Transparency is one of the areas he hopes to address if elected to the school board.

Hakalir, who hails originally from New York, and most recently Chicago, has lived in the Blairdsen area of Plumas County for about three and a half years. He works remotely for US Bank and serves on the local volunteer fire department.

He is challenging Leslie Edlund, the incumbent, who has served 10 years on the board. The East Quincy resident raised her two sons in Plumas County and they both attended PUSD schools.

Hakalir and Edlund participated in a forum conducted by the League of Women Voters of Plumas County on Oct. 4. During that forum, Hakalir made some statements about truancy and test scores that Plumas News fact checked.

He asked for the opportunity to address those comments and the subsequent fact-checking, which he did during the interview Oct. 13. He also addressed some comments that were made by former Plumas County Teacher Association President Suzanne Stirling during the school board’s Oct. 12 meeting.

During the forum Hakalir said the eighth-grade class at Portola Junior Senior High School had a 35 percent truancy rate. In fact-checking, the principal said that was inaccurate; that the data had been misinterpreted.

Hakalir said maybe the data he saw was for a particular date, but what he wanted to discuss was the problem of truancy in general. He said that during his conversations with principals across the district, as well as with personnel in the District Attorney’s office, truancy is an issue.

“Nothing was intended to throw people under the bus,” he said. “My intent was to bring a district-wide issue to light.”

During the forum Hakalir said that 93 percent of the students at Chester High School had not met state math standards. During fact-checking, Assistant Superintendent Kristy Warren said that 2022 figures are currently embargoed and she was unsure what the 93 percent referred to.

Hakalir said that he pulled the test scores directly from the 2020-21 California Department of Education website’s assessment of student performance and process. He provided a list of Portola, Quincy and Chester high schools’ performance rates against the standards and said he realized that it was a pandemic year, but even given that, local schools didn’t compare well to other schools. “The numbers jumped out at me,” he said. “It’s not an opportunity to make anyone look bad; it’s an opportunity to talk about them and ask why.”

During the forum, the candidates were asked about their position on tying teacher pay to standardized test results. Edlund said simply, “I don’t agree with that,” but Hakalir said, “We need to evaluate their performance based on how our children are doing.” Former PCTA President Suzanne Stirling addressed the issue during the public comment portion of the Oct. 12 school board meeting.

Stirling said, “As a 16-year English teacher, sometimes my test scores are good, sometimes they are not.” There are many factors that go into how students perform on standardized tests.

Hakalir wants it known that he comes from a family of educators and has nothing but respect for teachers. “They do their best,” he said. “It doesn’t mean that we cut pay or fire teachers based on test scores; this has nothing to do with merit pay,” he said. “I want teachers to succeed.”

Hakalir said he is running to provide a voice for parents. “I have said it at every meeting I have attended,” he said. “I’m one of you; I’m a parent.”

Plumas County is experiencing a system-wide AT&T outage. The Plumas County Sheriff said that residents may be able to make… 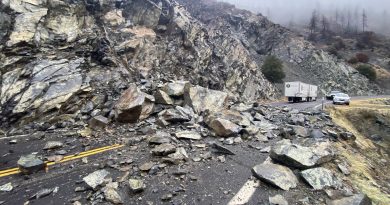 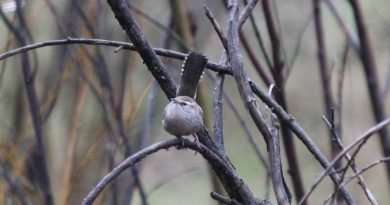