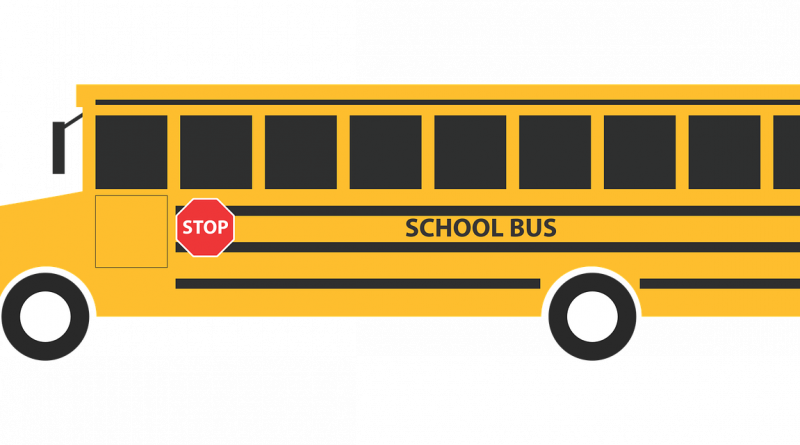 Two new 81-passenger school buses will be on order for Plumas Unified School District as recommended by  Superintendent Bill Roderick during the school board’s first meeting of the new year on Jan. 11. The board is set to ratify the decision Jan. 20 at 10 a.m.

The last time the school district replaced a bus was in 2014,  and Roderick told the board it’s time to augment the fleet. The school district will be decommissioning four buses, each with an excess of 300,000 miles on them. He recommended purchasing two new 81-passenger buses now, and then buying a new bus every three years. “We will buy diesel as long as we can,” he said. The two new buses cost just shy of $451,000 and will be paid for over a 10-year period.

The new buses will be the largest owned by the district — it currently has three 71-passenger buses with the rest of the 30-bus fleet composed of 50- and 60-seat buses. Roderick said the larger buses will enable the district to eliminate running two buses in some locations.

Turns out that the new HVAC system just installed at Chester Elementary School wasn’t freeze rated and a coupling ruptured in the space above the newly renovated administrative offices. Roderick said it was fortunate that an electrician was on site at the time and was able to turn the water off quickly and put blowers on the flooded area.

Roderick said the system was built to the specifications drawn for the campus – but those specs didn’t account for  freezing temperatures. During a follow-up interview after the meeting, Roderick said that all of the costs associated with the system will be covered by the contractor. The specifications had been included in the design/build contract and approved by the department of state architects.

In a separate incident, a kindergarten classroom was damaged due to a leak caused by an ice dam on the roof. The damage has been addressed, and once new carpeting is installed (scheduled for Jan. 18) the students will be able to return to the classroom.

Chester Elementary is nearing completion of extensive renovations using Measure B funds. “Once you move in you start to troubleshoot the facility,” Roderick said. He said that the space is nice with updated lighting and new ceiling tiles. Most of the work should be completed by the end of the month.

Board Chairman Dave Keller asked the superintendent to set up a tour of the campus when the school board meets in Chester, which will be in May.

Over at Quincy High School

Roderick reported that most of the Measure B work is done at QHS, though more paving and concrete work will be completed when weather allows. If there is money available, that paving could also include the area near the tennis courts, which wasn’t part of the original project. As for the new sports fields, Roderick said that they were flooded when a creek backed up. He is waiting to hear from the school’s athletic director regarding any residual damage.

Roderick reported that three of the four apartments in East Quincy are nearing completion and soon will be available to house teachers that are recruited to the area, but who need lodging. During an interview following the meeting, Roderick said most of the construction has been completed and cabinet and appliance installation are next on the list. One apartment had been renovated prior to the district purchasing the four-unit building last year, and a teacher resides there.

Plumas County Teacher Association President Darryl Hutchins told the school board that he meets with the superintendent monthly and always concludes the encounter by asking the superintendent, “Is there anything you want me to ask the teachers?” To facilitate communication, Hutchins has begun writing what he calls Darryl’s Doodles, a monthly newsletter of sorts to share information.

He also passed on the gratitude of teachers for their recent pay raise, which, since it was retroactive, provided extra income just before Christmas. “Thank you for the raise; thank you for the negotiating team,” he said.

Roderick provided a proclamation declaring February as Black History Month in Plumas Unified School District, which Chairman Dave Keller read aloud, before the board voted to approve it.