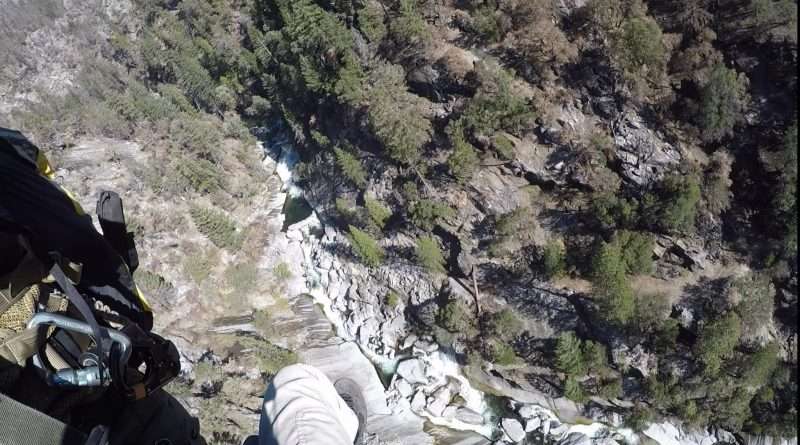 A view of the steep terrain that search and rescue teams are facing in the search for missing Chico man, Frank Christopher. Photo courtesy Plumas County Search and Rescue
News
February 3, 2022February 5, 2022 Editor

Plumas County Search and Rescue is in its fourth day of searching for Frank Christopher, 53, of Chico who went missing near the Rock Creek drainage in the Feather River Canyon.

Christopher’s family reported him missing Sunday when he failed to return from a camping trip. His truck was found parked near the area that is now being searched.

According to the Plumas team, the search area has expanded significantly, and multiple agencies have contributed some of the best search equipment available, including FLIR thermal imaging.

The Rock Creek drainage is extremely steep and dangerous. The Air National Guard was unable to land personnel near the search area, but a specialized mountain team penetrated deeper into the drainage on foot and located some tracks on a ridge line that may have been the subject’s. Air National Guard flew the entire river search area multiple times yesterday.