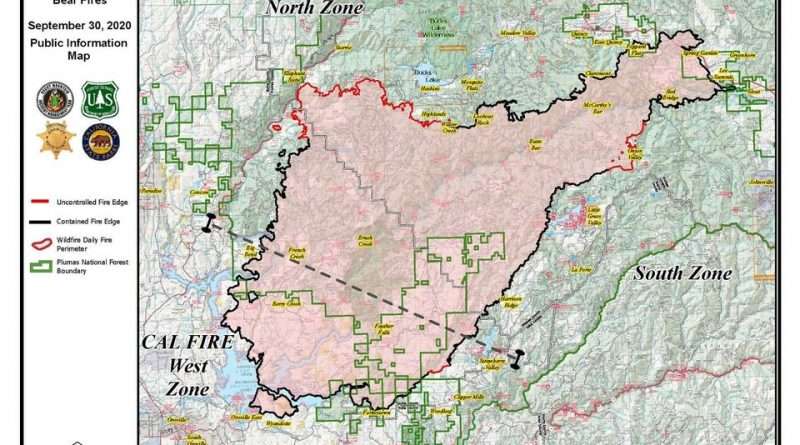 Good news overnight for the North Complex Fire. As of 7:15 this morning the fire has not spotted over Highway 70 and the remainder of the fire’s containment lines continue to hold. However, the fire is well established in the vicinity of Grizzly Dome Tunnel and has bumped up to the highway along a half-mile section. The highway continues to be closed from Butte County to the Greenville Wye and residents from the county line to Tobin are under mandatory evacuation orders. An advisory is in effect from just east of Tobin to Belden.

Today resources will continue to focus on the Highway 70 corridor — working to keep the fire from crossing the highway, containing any spot fires that occur, and preparing structure protection for threatened buildings and critical infrastructure. Predicted weather conditions are favorable and should allow for the heavy use of helicopters.

Firefighters will continue to monitor the remainder of the fire’s perimeter and mop up any sources of heat that are found.

Yesterday residents only were allowed to return to their homes in La Porte and Little Grass Valley Reservoir, though they remain under an advisory.

The Bucks Lake area continues to be under mandatory evacuation as conditions exist that could threaten the communities located there from different portions of the fire. For the latest Plumas County evacuation and road closure information see chart below.

The fire is 79 percent contained as of this morning, with 314,949 acres burned. The damaged and destroyed structure count remains at 2,471 (all but one property in the west zone). The death toll remains at 15.

Weather conditions continue to be hot and very dry. Winds are expected to be the typical pattern of downslope/down valley at night, shifting to upslope/upvalley during the heat of the day.

Air quality in the Quincy area is in the very unhealthy range this morning, with surrounding areas impacted with unhealthy air. 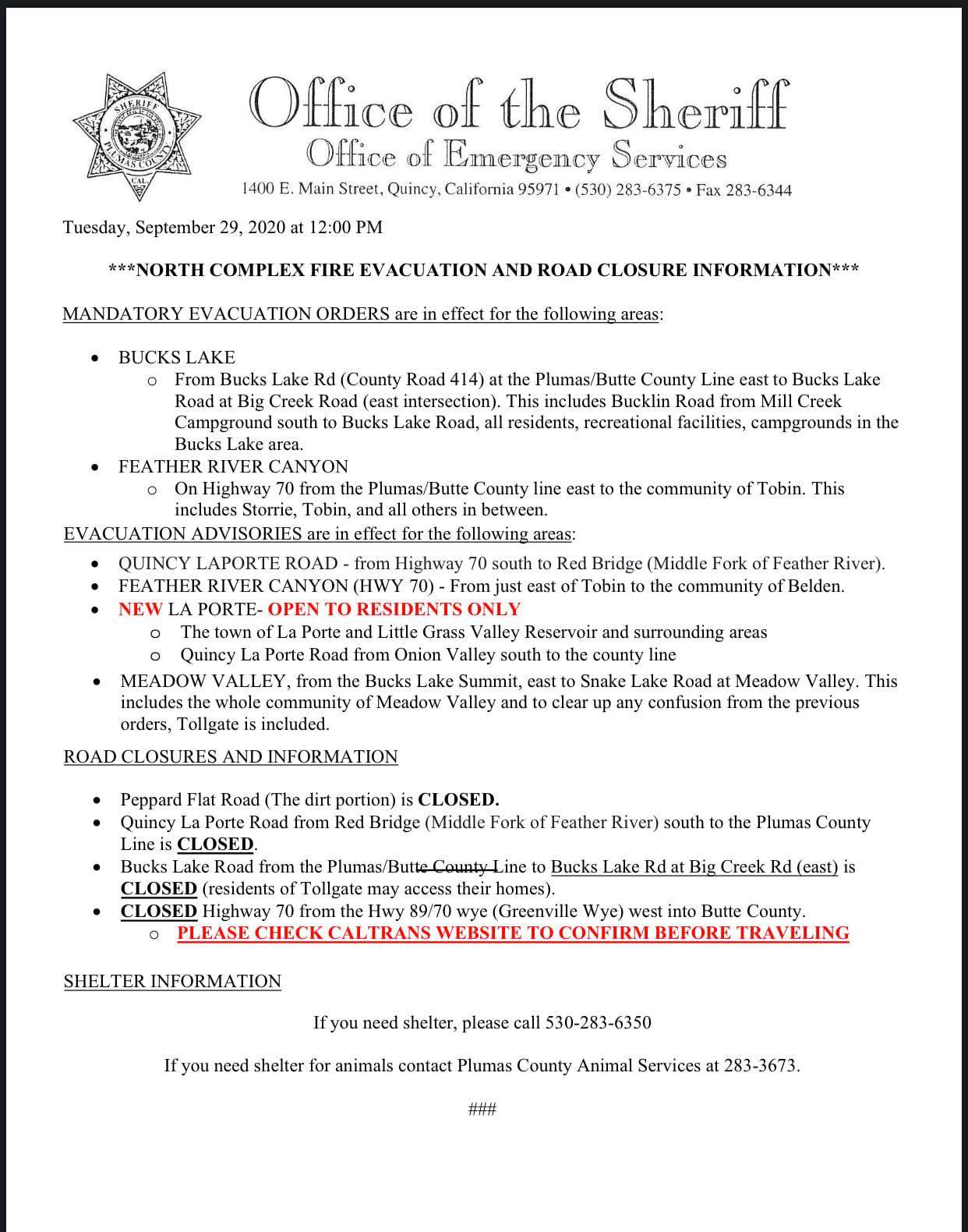