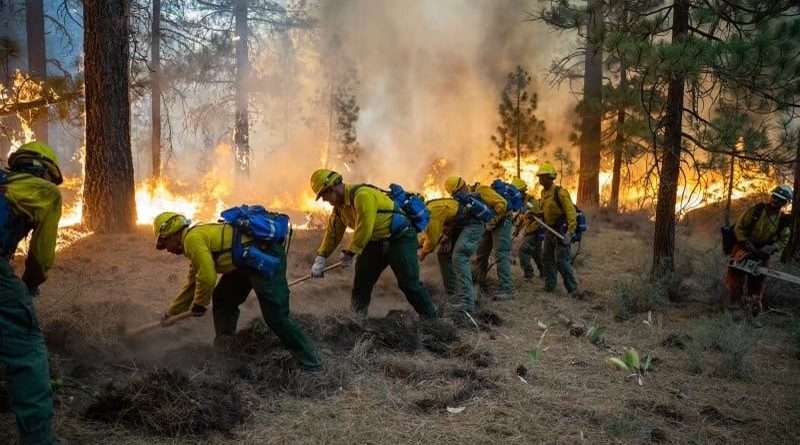 Damage assessment teams will go into the area as soon as it is safe.  No further information on the extent of the damage will be available until they are able to complete their assessment.

Hand crews, engine crews, and dozers worked through the night building and strengthening  containment lines and extinguishing spot fires around structures.  They also built a fire line from the eastern edge of the valley into the recent Sugar Fire.  They will focus on trying to hold the fire north of that line today while they build and improve additional containment lines further south.

Today smoke is expected to hang in the valley and moderate fire behavior until afternoon when terrain driven up-slope winds, reinforced by southwest gradient winds, will once again produce extreme fire behavior according to the incident fire behavior analyst.

Fire in the Dixie Mountain State Game Refuge burned into the Sugar Fire scar. There are still a few thousand acres of un-burned fuel between the two fires.  Much of this is likely to burn today.  This part of the fire is all now on the interior so further spread from this burning is not a concern.  What this fire will do is produce lots of smoke that should blow out over the Honey Lake Valley.  The smoke in the valley has been a key factor in limiting the valley heating that can trigger strong down-slope winds off of the escarpment.

Fire behavior on the escarpment was light to moderate through much of the day yesterday until strong west winds yesterday afternoon and evening increased fire intensity. This increased the amount of fire moving off the escarpment above Highway 395.  More of the same can be expected today after 1 in the afternoon.

There are three fingers of fire burning off of the escarpment.  Fire crews will continue extinguishing the fire as it reaches the base of the slope  They have the fire boxed in with dozer lines but there is still plenty of un-burned fuel inside their containment box so activity on the escarpment could last another few days.  So far crews are able to hold the escarpment fire within containment lines.

Containment lines in the Coyote Hills Area and on Turner and Grizzly Ridges are all still holding as crews continue to mop up those areas.

Afternoon breezes are expected to increase fire activity in the Devils Punch Bowl area.  Fire managers will continue to use helicopter bucket drops to keep this fire in check as it continues to back down the slope south of Taylorsville.

Structure protection continued overnight in the Dixie Valley, Beckwourth, Clover Valley,  Portola, and the Highway 395 corridor.  That will continue today and tonight.

Firefighters on the north end will be busy again to day as they continue to be plagued by spot fires.  Gusty winds pushed the fire spreading it over 1,000 acres northeast of West Prospect Peak late yesterday.

Firefighters are working to contain another spot fire just west of Highway 44 near Bogard.  That spot fire was reported to be 25 acres yesterday evening.  So far all of the fire remains south and west of Highway 44, but day by day it is inching closer.

High pressure will hold smoke over most of the active fire area this morning limiting both fire activity and fire behavior.  The smoke will lift and winds will mostly be in the 5 to 10 mph range with stronger gusts over the ridges.  These are light winds but they will be strong enough to produce extreme fire behavior again today as they push the fire through historically dry fuels.  Fire behavior analysts are predicting spotting of up to half a mile, short crown fire runs, and rapid rates of spread. 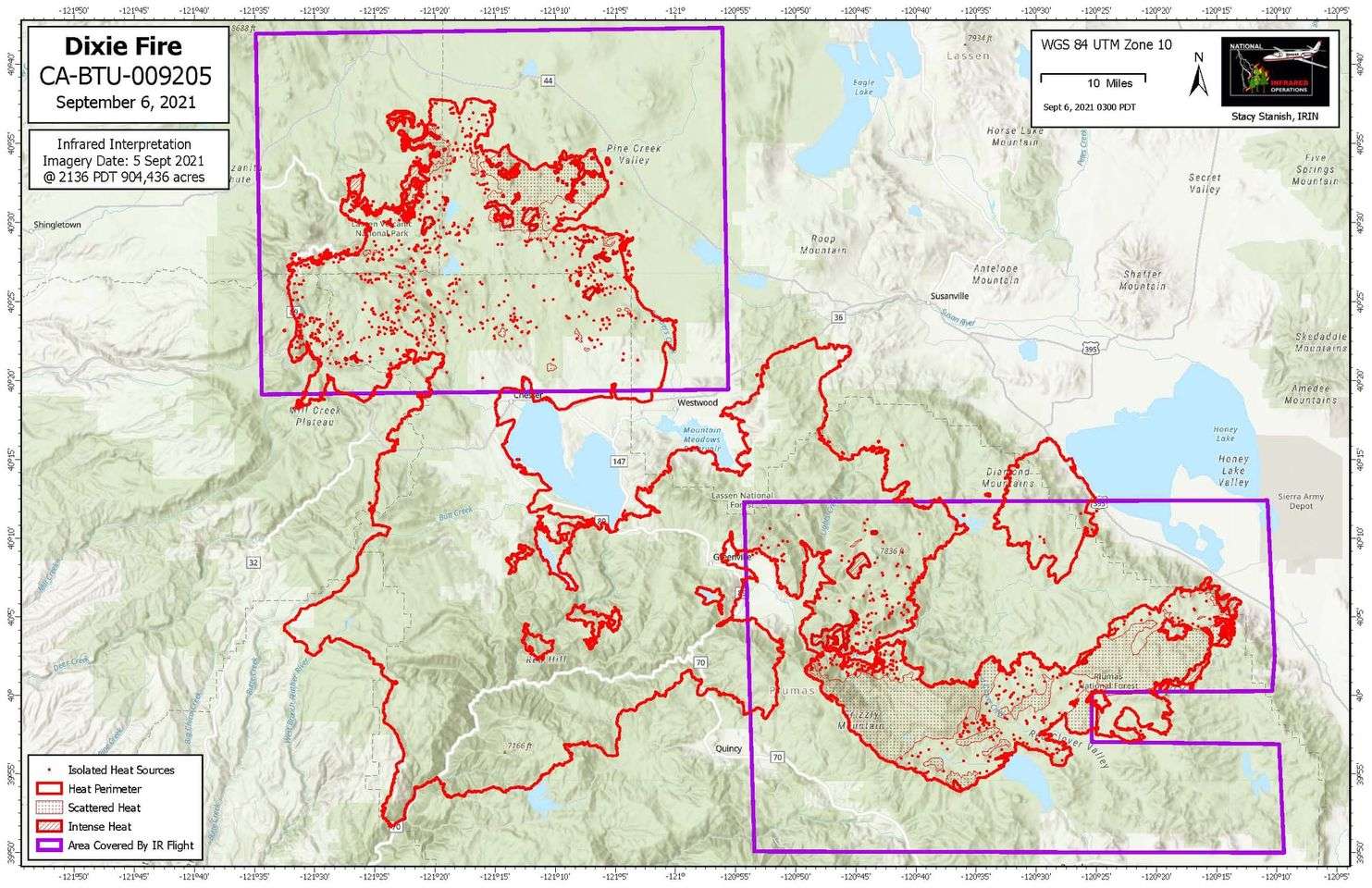