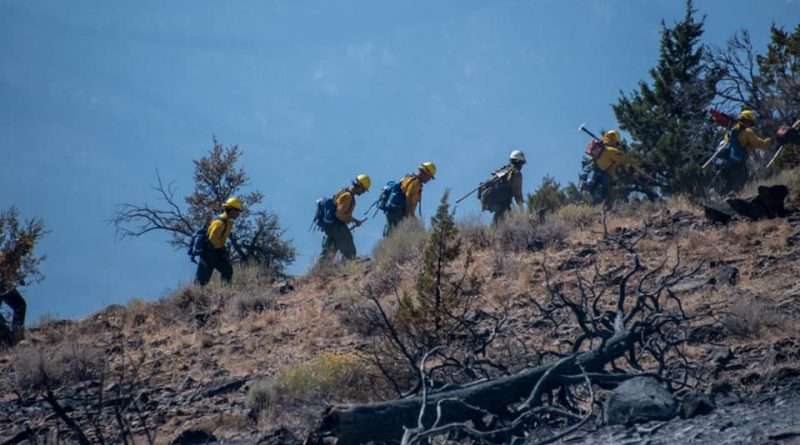 Today was certainly a case of good news and bad news.  The good news was that several evacuations were reduced or eliminated in Plumas and Lassen Counties.  The bad news is that there are new evacuations in Shasta County and the Dixie Fire is making a significant run northeast of the of Lassen Park.

This morning a small crew worked their way into the fire in Devils Punch Bowl above Taylorsville.  Once there, they determined that it was safe enough and requested an additional crew.  They worked through the day trying to build direct fire line around that piece of fire.  They will continue that effort tomorrow.  If successful, they will eliminate the need to back fire the area.

The evacuation orders for Genesee Valley and Taylorsville were reduced to warnings today and residents have begun to return to their homes.  Evacuation warnings have been lifted in many areas including Canyon Dam, Cresent Mills, Chandler Road in Quincy, Greenhorn, Spring Garden, and the north sides of Delleker and Portola.

Weather forecasters are predicting a fast moving cold front will pass through the fire area Thursday night and into Friday morning.  The front is likely to bring some measurable rain over much of the fire area but it will not be enough to make a significant difference.  The front also brings the chance of scattered lightning storms and very gusty winds as it leaves the area.  Winds could approach 40 mph in exposed areas.

Fire fighters on the East Zone said they hope to be ready for the winds.  Much of the fire area has cooled down.  They will be keeping a particularly close eye on  Dixie Valley, Taylorsville, and especially the escarpment.

The not so good news

On the West Zone, firefighters have significant challenges even before the winds arrive.

Yesterday the fire burned across control lines in Shasta County burning up to the top of Badger Mountain.  Firefighters worked through the night and into the day trying to contain the fire.  But again this afternoon the winds increased and spread the fire further north and as of this evening it is still running.

West Zone Operations Section Chief Tony Brownell said the fire has crossed their containment lines and there was a spot fire over Highway 44 near Poison Lake.  At tonight’s community briefing, Chief Brownell urged people in the vicinity of Old Station and the surrounding area to be ready to go if they are requested to evacuate.  Shortly after the briefing, the Shasta County Sheriff ordered the evacuation. So far the fire is burning to the northeast on the Hat Creek Rim.

Fire crews set up a mobile retardant base near Old Station.  Both water tenders and helicopters are using this retardant source in an attempt to slow the spread of the fire and bolster structure protection efforts in the Old Station area.  There is a major surge of fire fighting resources into the north end of the fire this evening.

There was active fire at the base for the escarpment near the Herlong Junction last night.  For the second night in a row, as the sun starts to go down, a down-slope wind blew off of the escarpment and pushed the fire down the slope.   Highway 395 was closed for a few hours while fire fighters were engaged in an active fire fight. There was no structure loss and the fire remains within containment lines. 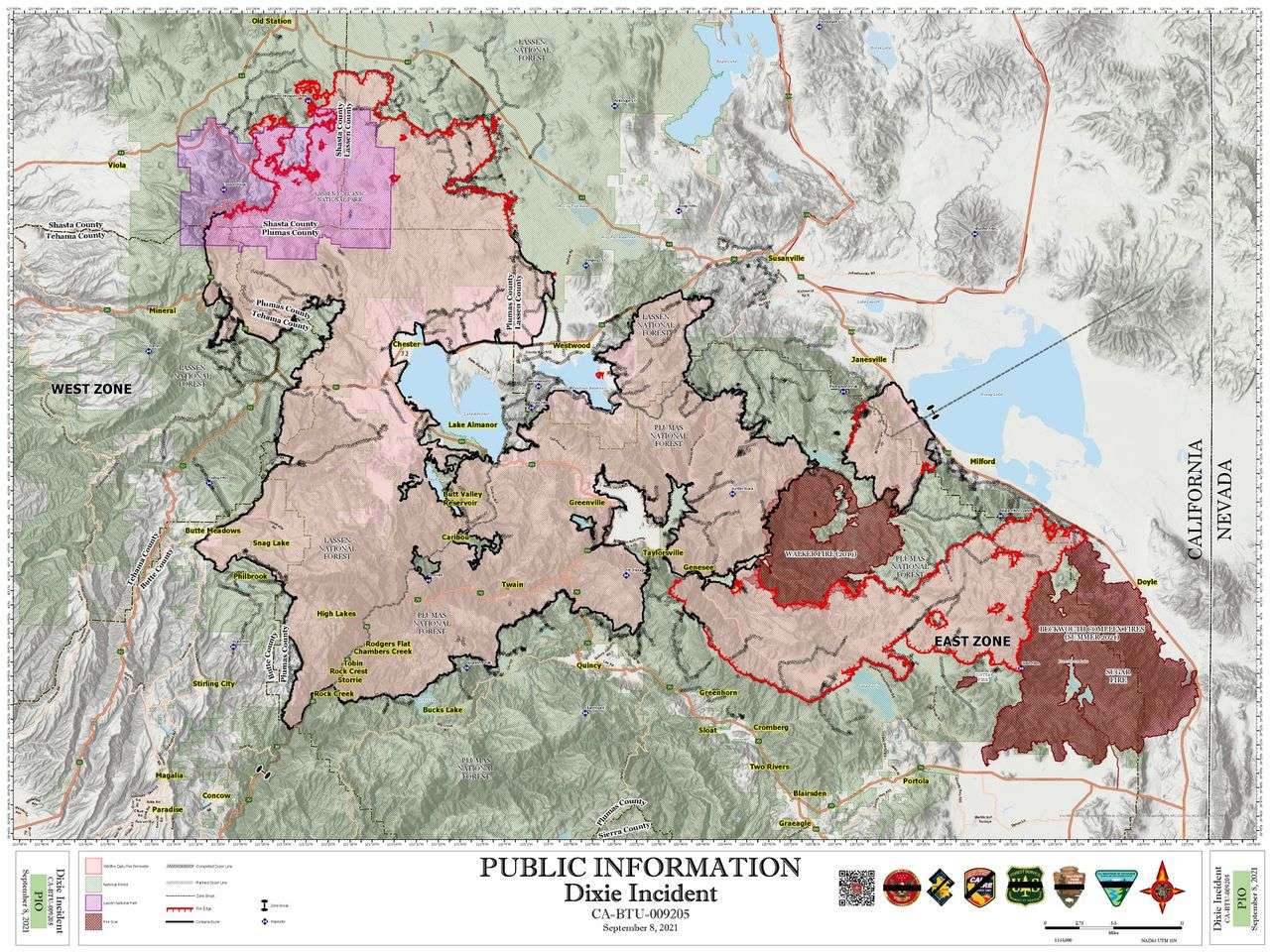 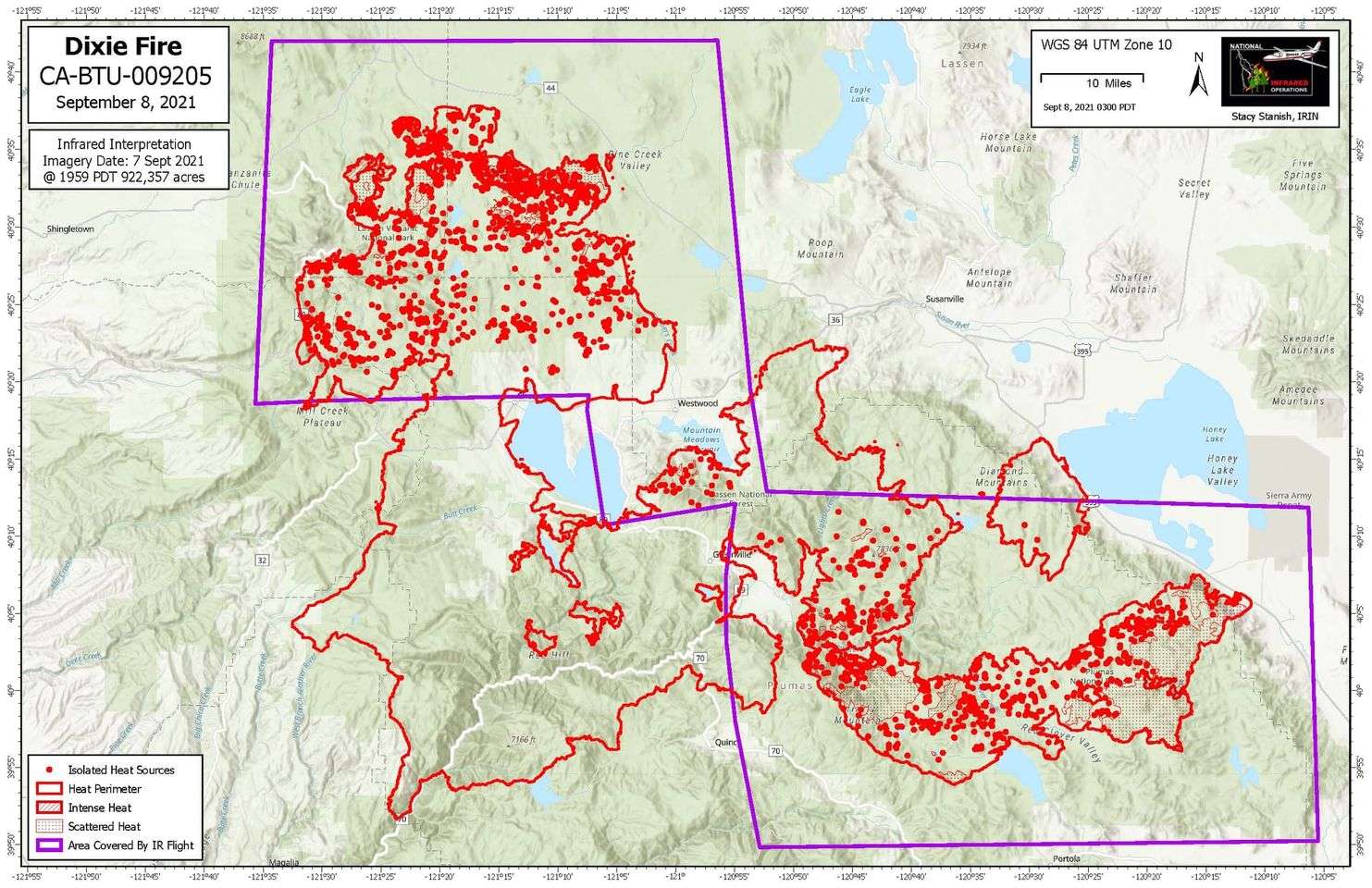