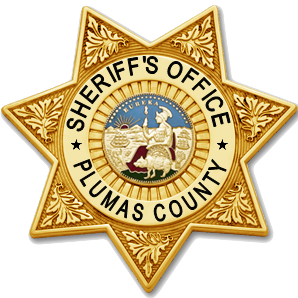 Information in the Sheriff’s Blotter is gathered from the dispatch logs provided by the Plumas County Sheriff’s Office. No individual’s names are reported. And those arrested should be presumed innocent until proven guilty.

7:28 a.m. Chester. Seneca Hospital reports a vehicle vs. pedestrian collision. The patient is being treated at Seneca. They are unable to reach CHP due to the lines being down and request an officer. The info was sent to CHP.

A vote for drone deliveries

10:46 a.m. Quincy. A man is screaming and yelling at the UPS driver. The subject was taking the bike path possibly on the way to a known address. The subject was wearing no shirt and has long hair.

11:41 a.m. Delleker. A caller reports a male and female argument. It is unknown if it is physical. 12:29 p.m. A deputy advised it was not physical. A known female was contacted and her male counterpart advised the female stepped on a piece of glass and was screaming in pain. The male was helping assist her and has since left the residence.

Don’t fence me in

12:42 p.m. Greenville. A caller reports a known male has his vehicle stuck in the valley floor across from an address on Forgay and is now cutting the fence where the cows will attempt to get out. The caller is concerned about the cows getting out and vandalism to the fence. The subject is in a green or blue pickup. The info was sent to CHP and a deputy. 1:45 p.m. CHP advised the subject had permission to be there and was repairing something on the fence. Nothing further needed at this time.

Where everybody knows your name

1:55 p.m. Quincy. A caller requests to speak to a deputy about on-going issues she is having with a subject coming into the bar. The caller said that the subject has already been kicked out and was told he is not allowed to return. The caller said the subject is not at the bar currently, but returns in the evening when she is not working. The caller requests a call back to see what can be done about it. The subject was named. 3:37 p.m. A Sgt. provided civil procedures.

Time to break out the oars

3:46 p.m. Lake Almanor. A caller reports that his boat is disabled due to being out of gas. It is a Mastercraft, black and white, 200 yards off the marina. 4:09 p.m. Boat Patrol advised the boat was provided some fuel.

4:38 p.m. Chester. A caller reports that her autistic non-verbal son got into a brown pickup with a camper shell. She watched the vehicle leaving the country club at a high rate of speed. No further information was provided on the direction of travel, possibly with her child in the vehicle. The subject child was wearing a long-sleeved red shirt, and brown pants with slippers. The child is age 10. 4:45 p.m. CHP advised air operations will be responding from Redding in approximately 15 minutes. CHP dispatch advised both their units are on the call.  4:49 p.m. CHP sent all info to Lassen County Sheriff’s Office. 4:54 p.m. The caller advised the vehicle left about 20 minutes ago and first called Lake Almanor Country Club at 4:30 p.m. LACC said they monitored the Clifford gate and no vehicle matching that description left but they could have left through the Pen gate. 4:57 p.m. Lassen County advised a unit at A13 and the Clifford gate. 5 p.m. The caller recontacted and said she located her son at the neighbors. 5:09 p.m. Lake Almanor Country Club was notified that they could reopen the gates.

How can you pass up donuts?

5:07 p.m. Quincy. A caller reports a drunk driver in a black Dodge Ram 28 and provided the license plate number. The car was headed eastbound on Hwy 70, passing the Donut Shop. The info was sent to CHP.

7:32 p.m. Portola. A caller requests medical for a 31-year-old female who passed out and had a seizure after getting a fish hook in her back at River Walk near the 600 block of East Sierra. 7:35 p.m. EPHC was paged and Beckwourth Fire. 7:53 p.m. One was transported to EPHC.

7:57 p.m. Delleker. A caller requests to speak to a deputy about what can be done with the caller’s sister. The caller said the subject is having an episode at her residence breaking her own property. The named subject had gotten glass in her foot earlier in the day. 8:36 p.m. Another 911 call came in advising that the female half is now breaking windows in the residence. 9:32 p.m. The female subject was issued a violation for destruction of someone else’s property and under the influence of drugs.

Strangers in the woods

9:37 p.m. Bassetts Station. A caller reports a strange encampment near Sardine Lake. The caller said that there was a miscellaneous camping items and strange banners. 9:42 p.m. After confirming the GPS coordinates the call was transferred to Sierra County Sheriff’s Office.

10:02 p.m. Quincy. A caller advised there are mortar-like fireworks being set off across from the trailer park at Hwy 70 and Chandler Road. The caller was unable to give the exact location. There were several that went off. 10:32 p.m. A deputy was unable to locate any fireworks in the area.

NOT a firework safe zone

12:01 a.m. Quincy. A caller reports shots fired in the area, 4-5 shots were heard, from an unknown direction. 12:04 a.m. A known person on Jackson St. said it is fireworks near the apartments. Another known person said it sounds like gunshots, then called back and advised of the same. 12:09 a.m. Multiple 911 calls are coming in from the area of Jackson St. advised shots or fireworks heard in the area. 12:20 a.m. Quincy units report that calls are still coming in from the west Quincy area between Bradley and Lindan about shots fired and/or fireworks. 12:28 a.m. A deputy was unable to locate anyone, and no further sounds were heard in the area.

Pros and cons of littering

2:28 a.m. Chester. A male caller is hard to understand, slurring his words. 2:32 a.m. A unit has an extended ETA from Dixie Canyon. The Sgt. in dispatch will drift north. 2:47 a.m. A unit is on the scene with a male who wants to report people are putting trash in his trashcan. Both units will continue to call from Canyon Dam. 2:49 a.m. The unit on the scene identified the caller/victim. 3:07 a.m. A deputy advised the male half is intoxicated and agreed to keep the peace.

9:05 a.m. Portola. A caller reports he has a video of juveniles vandalizing the skate park and cameras. He requests to speak to a deputy. 9:57 a.m. A deputy advised contact with the caller who said one of the poles with radio equipment was also damaged. 11:35 a.m. The deputy contacted the subject and their mother. The juvenile was counseled, and the mother and caller have come to an agreement of the camera being replaced.

9:44 a.m. Chester. A caller reports finding a wallet. It is a black Velcro wallet, and the caller passed along the name of the owner. 9:56 a.m. A deputy attempted to contact the owner via phone, but it was not a good number. 4:08 p.m. The caller recontacted, and said the wallet has been returned to the owner.

11:25 a.m. Beckwourth. A caller reports she moved out of a residence and multiple belonging are now missing. A car battery, gas, a leaf blower, and light bars. The subject is a named person who also lived at the residence and was evicted. The caller said where the subject works. 12:01 p.m. A deputy advised no theft, it is a civil issue at this time. Civil procedures were provided.

12:42 p.m. Quincy. A caller reports a drunk driver. The subject is in a vehicle, sitting at the SavMor gas pumps in a black Mountaineer, actively drinking beer. The license plate was provided. The location was provided to deputies at 12:48 p.m. CHP is out of position. 1:05 p.m. Deputies advised CHP to handle.

3:03 p.m. Lake Almanor Peninsula. A caller requests to turn over four firearms. The caller said that they belong to her husband and neither of them want the guns anymore. 10:34 p.m. A deputy advised speaking with the caller who said they will attempt to sell the firearms at Chester Tactical.

4:27 p.m. Portola. A caller reports that the subjects are going through multiple abandoned vehicles in the field behind her residence. The caller is unsure if the vehicles belong to the subjects. The caller said she has already contacted the city to try and get the vehicles removed. Two subjects were named. 4:58 p.m. A deputy advises the female subject was gone upon arrival. The male said he has permission to be on the property but agreed to move along until he can show proof. 5:27 p.m. A second caller advised the people are back at the vehicles taking items. 5:44 p.m. A deputy contacted the male half, who said he was cleaning up the items that they were told to clean up.

6:08 p.m. Quincy. A caller reports that a dog is sitting in a vehicle. The dog has been in the vehicle for approximately 30 minutes, it is a silver SUV. 6:26 p.m. A deputy contacted the owner who will be moving the vehicle to the shade. The vehicle windows are down, and the dog is okay.

6:44 p.m. Taylorsville. A caller reports a cow in the roadway on Main Street.

Lessons we learned in kindergarten: Sticks and stones …

9:58 p.m. Portola. A caller reports an ongoing harassment with the neighbor. The suspect is currently across the street and is calling the caller names. The suspect was named. 10:05 p.m. Additional callers are reporting the neighbors are yelling at each other. While on the landline the caller said both suspects went back into their residences. 10:07 p.m. An additional named caller called back and said he is going to snap because the neighbor is still calling him names.

10:03 p.m. Chester. CHP requests assistance for a report of two adults walking and stumbling in and out of the roadway. They appear to be very intoxicated. CHP advises they have no units in the area. The subject’s clothing was described. 10:19 p.m.  A Sgt. advised looking in the area but unable to locate anyone.

Yes please, may we see the dessert tray

11:03 p.m. Quincy. A caller reports a bear in the area. The number to California Human Wildlife Center was given. 11:27 p.m. Additional calls regarding the bear in the area came in. The bear is just near the house and getting into the trash. June 24, 12:04 a.m. A caller said there may be two bears at the location scratching at the back door. 12:40 a.m. A deputy said the neighbor put the trash away and the bear has left the area.