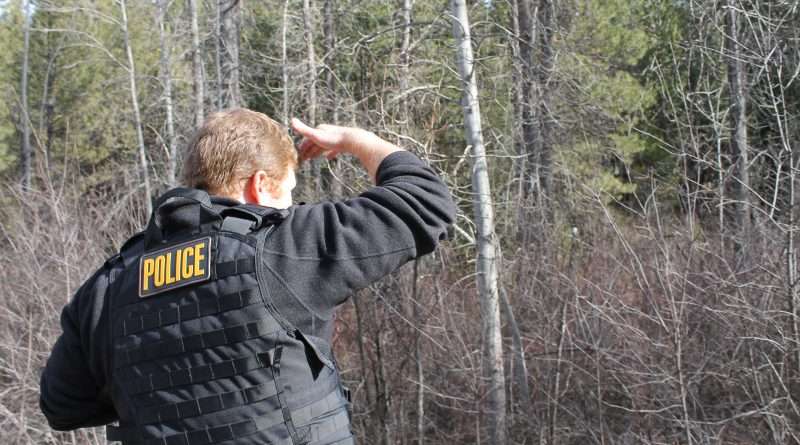 Quincy Area CHP Lt. Erik Egide is on the lookout for an escaped felon from Butte County.

Update, 2 pm Saturday: The suspect has been arrested on Quincy Junction Road. Reports of officers responding to a suspect sighting drew law enforcement to the area. Residents reported seeing officers with guns drawn at least two sites. Sheriff Todd Johns reported that the suspect was arrested by the CHP at the New England Ranch.

UPDATE, 11:23 a.m.: Suspect Jacob Lee Rice Sr. was spotted this morning at the Massack Rest Area. CHP officers were joined by Plumas County Sheriff’s officers in the hunt that was still continuing at 11 a.m. Friday morning. A CHP helicopter was being used in an attempt to locate Rice. Officers were also standing guard also well as climbing the hillsides. A search dog was also being brought in.

Original story: As of Friday morning, Feb. 14, Plumas County Sheriff’s officers were on the lookout for a man who fled on foot following a traffic stop near Quincy.

The man, Jacob Lee Rice Sr is described as a white adult. He is approximately 5 ft. 10inches tall and weighs about 170 pounds. He has brown hair and brown eyes.

Rice has a valid felony warrant out of Butte County and should be considered armed and dangerous.

The driver of an undescribed vehicle fled on foot and headed southbound down a driveway, according to Sheriff Todd Johns.

Several deputies along with CHP officials conducted an initial search of the area but didn’t locate the suspect.

“If you see Rice or have any information about his whereabouts, please use caution and contact the Plumas County Sheriff’s Office at 283-6300,” Johns said.