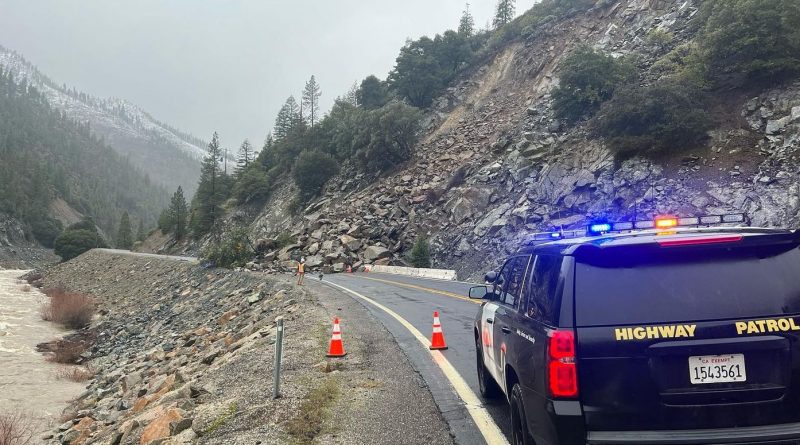 One of the slide areas in the Feather River Canyon. Highway 70 remains closed as Caltrans works to clear the rocks and debris. Photo courtesy of CHP
News
January 10, 2023January 24, 2023 Editor

Take a look at the most recent photo from the Feather River Canyon posted by the Quincy CHP office. There, next to the pile of rocks and debris on Highway 70 is a Caltrans worker, with nothing protecting him except a hard hat. This is a scene that is playing out not only on Highway 70 but throughout the state as the storms continue to bring rocks and debris down on the roadways.

Highway 70 and the other roadways won’t be passable until they are cleared, with the threat of more rocks and debris to come sliding down the hillsides. Plumas News wants Caltrans to know how much their personnel’s efforts are appreciated. They are out in terrible conditions and literally risking their lives as they go about their work. It’s noticed and we hope that they all remain safe as we get through this series of storms.

Now for the latest on Highway 70: Crews are working to clear two active rockslides and one active mudslide. The highway remains closed between the Greenville Wye (Junction with 89) and Jarbo Gap.

One rockslide is near Cresta and remains active. The mudslide, near Pulga Road, also remains active. The third slide, which occurred overnight, is between Belden and Twain (shown in the photo below). There is currently no estimated time of when State Route 70 will be reopened. 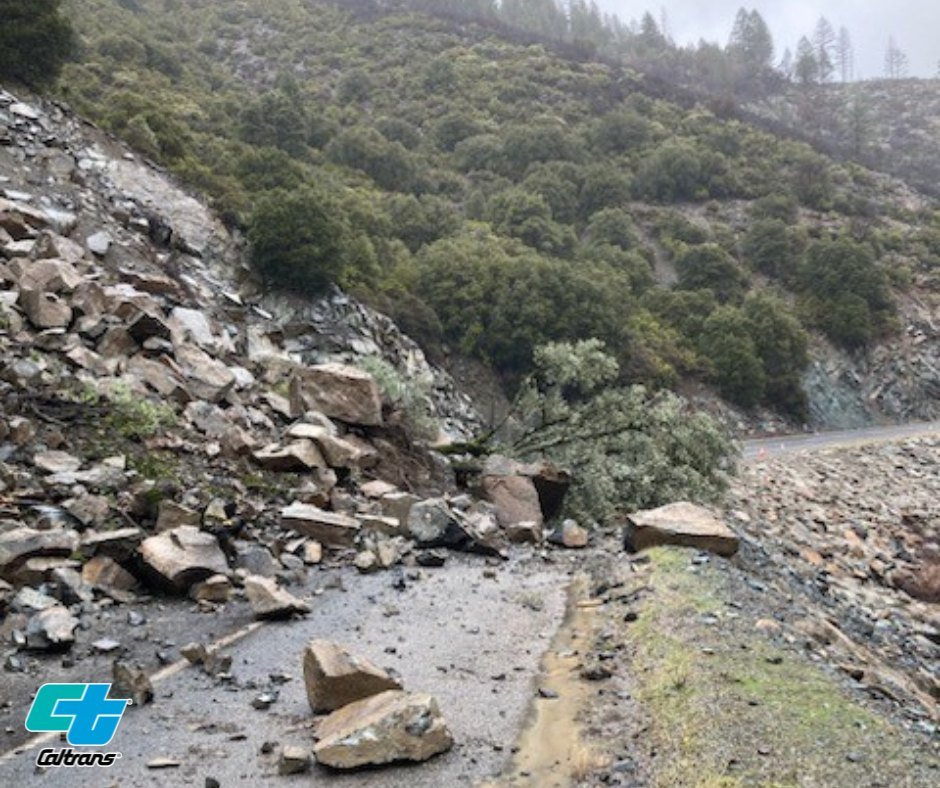