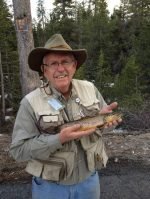 Stan was born in South Gate, California, on September 30, 1950. After graduating from high school, he served a two-year mission for The Church of Jesus Christ of Latter-Day Saints in Switzerland and Southern France. Upon returning, he married the love of his life, Doris Carruth, and lived in South Gate, California, for the following 7 years. They migrated up to the Reno, NV, area, and eventually laid strong roots in Portola, CA, in 1980.

Stan was a resident of Portola for 42 years and was very active in his church and community. He has worked as a carpenter and managed The Blairsden Mercantile. He managed and, eventually, owned Longfellow Building Supply for over 26 years. Stan loved the outdoors and fishing, hiking and camping with his family. More recently he and Doris had developed an interest in “rock hounding” and spent many hours finding, polishing, and crafting his treasure.

Stan was also a lover of sports and spent many years coaching various teams in Portola. While he loved basketball, he had a strong love of baseball and enjoyed teaching it to the many youth in the area. He enjoyed watching how baseball shaped them into strong, grown men and often reminisced about his time coaching.

Funeral services will be held at the Latter-Saint Chapel located at 683 West St, Portola, CA on Tuesday, July 19th at 10:00 am. Viewing one hour before services.