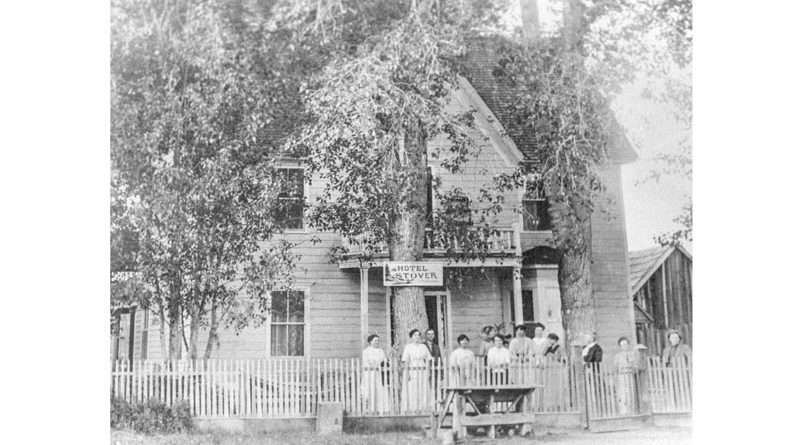 Reuben Stover built this ranch house for his bride and family when this photo was taken after 1914. Son Charley Stover operated it as a hotel for a brief time after the construction of the Almanor Dam resulted in the destruction of the big hotels in Big Meadows. The over 100-year-old house was taken down in the mid-1970s. Photos courtesy Chester-Lake Almanor Museum/Marilyn Quadrio
News
September 4, 2019 Marilyn Quadrio, Lake Almanor Museum director

The pioneer Stover brothers are the subjects of tomorrow’s History Night program at the Veterans Memorial Hall in Chester on Thursday, Sept. 5, starting at 6 p.m., with local historian Marilyn Quadrio presenting information and answering questions.

Coming to California as teenagers with their father Jacob Stover during the Gold Rush, Reuben and Thaddeus Stover chose to stay when their ill father returned home to Iowa.

Their mining career was unsuccessful and short-lived. They nearly lost the shirts off their backs, but were rescued by an uncle mining at Bidwell Bar on the Feather River, who loaned them the funds to purchase some cattle they could raise, butcher and sell the meat to local miners.

They ranched on land between Oroville and Marysville, and in 1859 drove their herd to Big Meadows for summer pasturing accompanied by neighbor and dairy farmer Peter Olsen.

Both Stover bothers, as well as Peter Olsen, liked the area so well they pre-empted land in the northwestern end of Big Meadows; the Stovers on one side of the North Fork, Pete Olsen across on the other side.

The three cattlemen took up dairying like other Big Meadows ranchers. The three became the first year-round residents in that corner of Big Meadows, formerly homesteading in 1862.