Those are just some of the preferences voiced by Plumas County Supervisors during the redistricting public hearing held Nov. 23. The hearing, with input from just one member of the public, lasted about an hour.

Supervisors reviewed several maps presented by the redistricting committee, but didn’t select one in its entirety. Rather the board opted to meld pieces of a couple of maps together.

This process is required by law and is repeated every 10 years following the Census. It’s an effort to keep the supervisorial districts as balanced as possible by population. That has always proved a challenge in Plumas County where the greatest population base is Quincy/East Quincy and the least amount of population resides in Indian Valley, which was true even before the fire.

Once the new map is drawn, it will be published and scheduled for adoption Dec. 7. Due to the Thanksgiving holiday, the new map is expected to be ready sometime next week.

This is the district map that has been in place since the 2010 census: 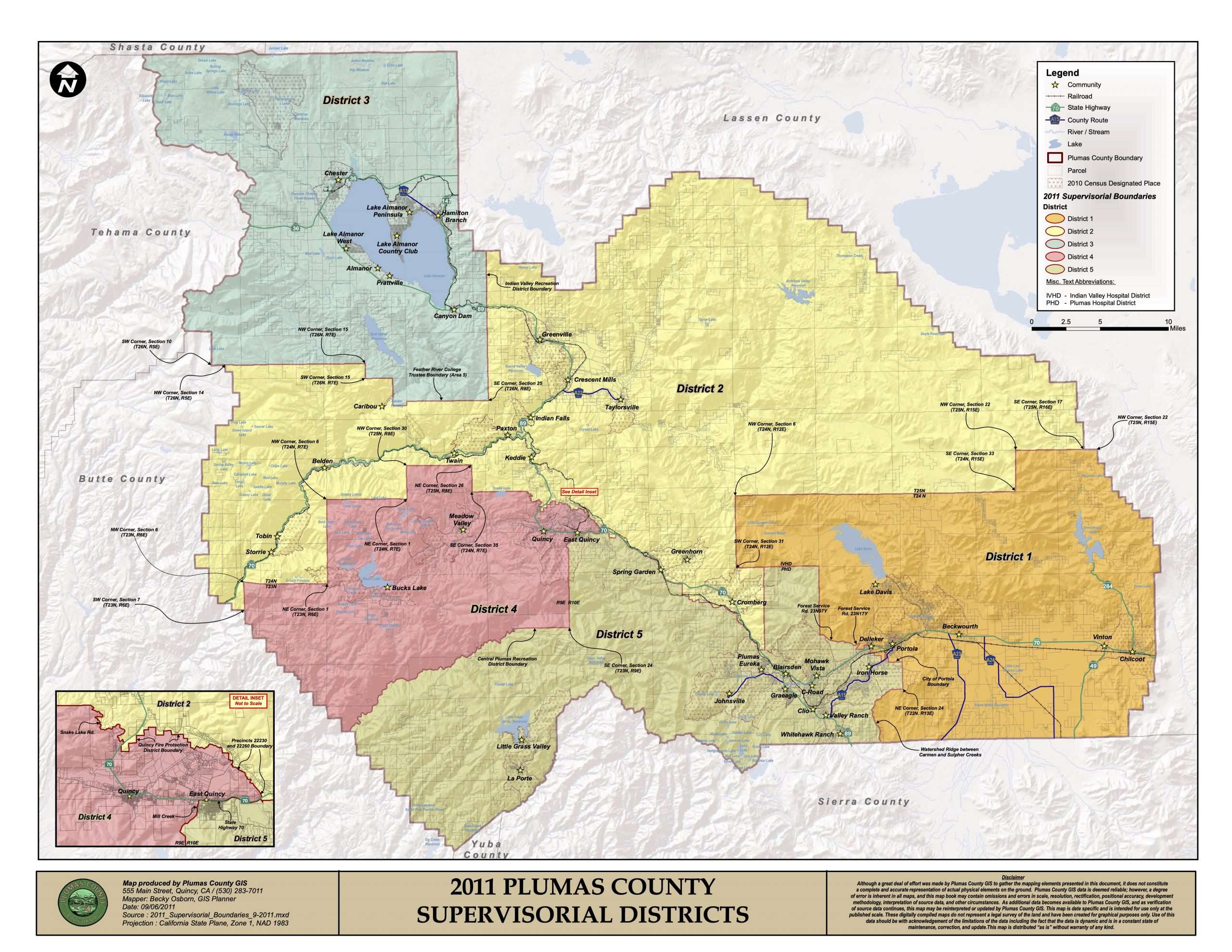 District 1 is represented by Dwight Ceresola

District 2 is represented by Kevin Goss

District 3 is represented by Sherrie Thrall

District 4 is represented by Greg Hagwood

District 5 is represented by Jeff Engel

While each supervisor is elected by the voters in his or her district, they make decisions that impact the entire county.

“To me these are merely lines,” District 5 Supervisor and Chairman Jeff Engel said. “These lines are nothing but little pawns on a chess game. To me, we represent everyone in Plumas County … to dicker over this and redraw maps it’s a waste of time.”

Plumas News will post the final draft map when it becomes available next week.