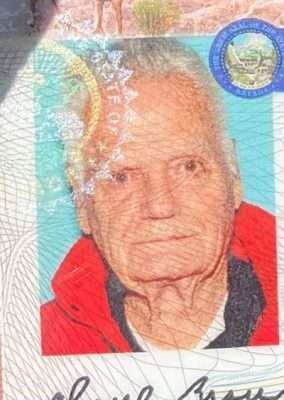 UPDATE: The Susanville Police Department reports that the missing man has been found.

The Susanville Police Department asks the public for any information regarding a missing elderly Susanville man.

According to a statement from the SPD, officers responded to a 500 Limoneria Avenue residence about 11:03 p.m. Monday, Nov. 1 regarding Brown, a missing elderly person.

Brown’s roommate advised officers the missing man had walked out of the home around 2:30 p.m. and had not returned. Officers searched the area for Brown but were unsuccessful in ascertaining his location.

According to the SPD statement, “Due to the unknown whereabouts of Brown and possible destination — with his safety being of concern — our department is asking the community for any assistance that would aid in finding his location. Mr. Brown was last seen wearing a tan Carhartt jacket, gray baseball hat with a USA logo, black shoes and a black walking cane.”