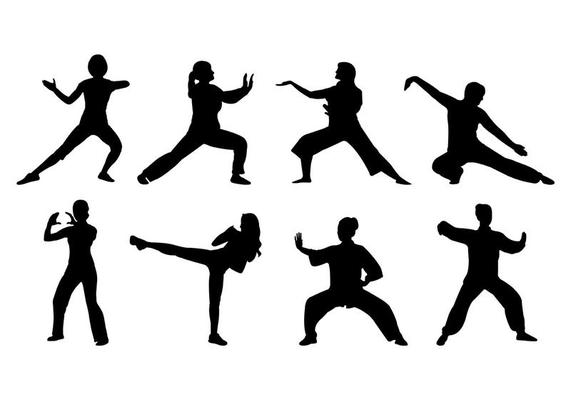 “Tai chi is often described as ‘meditation in motion,’ but it might well be called ‘medication in motion.'” That’s according to a May 2022 article released by Harvard Medical School. “There is growing evidence that this mind-body practice, which originated in China as a martial art, has value in treating or preventing many health problems.”

Free tai chi classes were planned for residents in the Portola area as part of a three-year behavioral health program, but the Plumas County Board of Supervisors voted 4-1 against authorizing classes as presented on the board agenda Aug. 2.

The item had been on the consent agenda the prior week, but Supervisor Greg Hagwood asked that it be pulled for discussion. At the end of the discussion Aug. 2, he would join fellow supervisors Kevin Goss, Sherrie Thrall and Jeff Engel, in disapproving the request. Only Supervisor Dwight Ceresola voted in favor of approving the classes as presented.

In voting for approval, Ceresola reminded his fellow supervisors that the classes had been offered in the past and were part of a three-year program. He said though he initially had some concerns, he learned that the program had gone through several other entities, including past boards of supervisors, and been approved. “And at each one it seemed to pass,” he said.

As for the program, he said, “I think it’s a good program. They show a high participation rate.”

Before the vote was taken, Sharon Sousa, the interim behavioral health director, talked about the program, which is paid for by Mental Health Services Act revenue. Funds, which can’t be used to supplant other funds, are earmarked for five different services including community services and support, targeting the underserved and unserved populations. She said the tai chi classes fit into this category.

Dr. Tony Hobson (her predecessor) and behavioral health staff contacted each community to determine their needs and with that feedback set up a plan for the MHSA funds, which was posted online for public comment, followed by a public hearing.  The state authorized the plan and the Plumas County Board of Supervisors approved it. Behavioral Health then contacted vendors for each component of the plan, which were in turn vetted by county counsel. The plan specifically names tai chi, yoga, and art as some of the components.

Sousa shared that 1,260 attended tai chi classes in Portola in 2021; with 1,460 attending during the school year. She said these community-based activities provide a way for behavioral health clients to integrate into a public setting.

“These tai chi classes help people overcome anxiety and stress (which I am feeling right now),” she said. The classes are open to all Plumas County residents, even though they are based in Portola. Other communities offer classes that also are open to all residents.

Board Chairman Kevin Goss read a public comment from someone who opposed the tai chi classes as presented, because the writer said the funds should be reserved for the mentally ill.

Gregg Hagwood said he supported the use of the funds for those with severe mental illness in a variety of therapeutic programs. “I was concerned about the execution of it and allocating these monies for the entire community of the Portola area,” he said. “I think there’s a better way to identify individuals that would benefit from this.” He described it as a good idea, but wants more effective execution.

Supervisor Jeff Engel questioned why tai chi was designated for just the Portola area. “We do have other community-based activities,” Sousa said and mentioned yoga and art in other communities. “We specifically had these community meetings and asked ‘what do you need?’”

Portola asked for tai chi. They received the classes in 2021, and despite the vote, might again.

Both Kevin Goss and Greg Hagwood indicated that even though they voted no on the item at this time, they supported the concept and would continue to work on it.