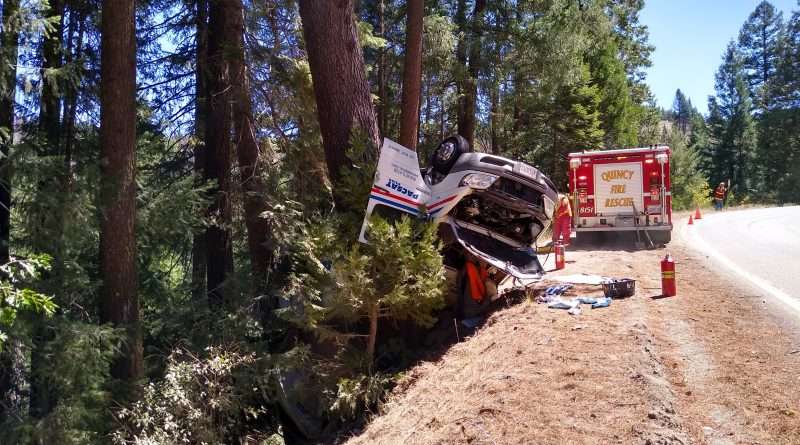 Quincy Fire responded to a single vehicle accident on La Porte Road about 5 miles from Highway 70 late Wednesday morning, Aug 4. Signage on the van indicated it was part of a fleet operated by Pacsat Plus, a Northern California based satellite uplinking company that provides services to the major television and cable news and sports networks.

Fire Captain David Schmid said the vehicle’s only occupant was able to extricate himself from the vehicle and got a ride to Quincy from a colleague following him in another company van where he was treated at Plumas District Hospital.

Initial reports at the accident scene suggest the lead van’s brakes failed as it was descending down a long steep grade just above Redbridge Campground.