After graduation, he worked as an archaeologist for many years in Thailand and later in New Zea 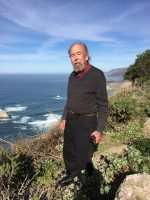 He remained in New Zealand where he passed away on July 30, 2021.  He returned to the United States annually to spend time with family but made his home in New Zealand.

Terry is survived by his sister, Nancie Marsh Barker, and his niece, Cindy Barker Monges.