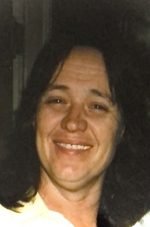 Vesper Bailey Zelei, devoted Jehovah Witness, loving mother, loyal sister, and faithful friend died unexpectedly on February 17, 2022 at the age of 75. She was born to Robert “Bob” Bailey and Margaret Westin Bailey on February 10, 1947. She has three sisters and one brother.

She graduated from Quincy Jr. Sr. High School in 1964 and shortly thereafter moved to Salinas, CA where she met and married Ronald Zelei in 1965. They have two children Pamela and Zane. The family moved via a work transfer to Red Bluff, CA in 1974.

Vesper spent her life raising her two kids, driving school bus, and volunteering for various committees and groups in and around town. You could find her outside enjoying life to its fullest.

Her later years saw her returning to her home town of Quincy, CA where she renewed old friendships, made lasting new ones, and being more involved in her religious service.

Survivors include her children Pamela Zelei Tortorici married to Michael and their daughter Veronica; Zane Zelei along with their brother John Stapp his wife Lissa and their daughter Emily. Vesper is preceded in death by her husband, her parents and her brother.