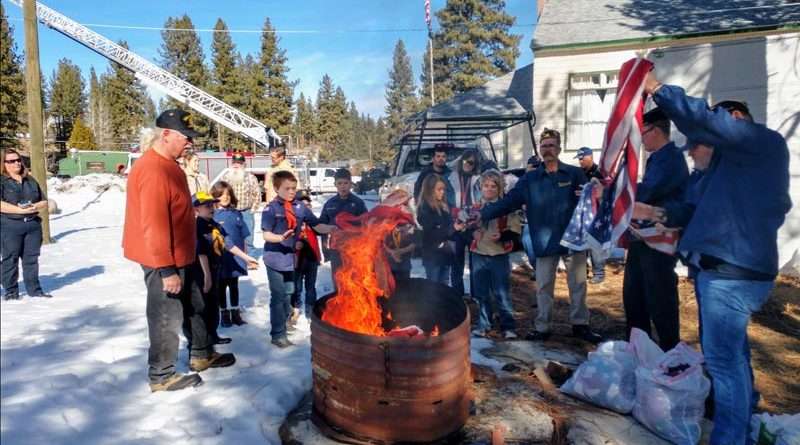 Veterans respectfully commit the retired flag to the flames, with the aid of many young hands.
News
February 14, 2019February 7, 2019 Lauren Westmoreland, Staff Writer

Eastern Plumas Rural Fire Protection District brought over the “new to them” 9861 Ladder Truck, and flew a USA flag on its extended end along Highway 70. Chief Bob Frank, Captain Elaine Frank and EMT Sara Fischer assisted with the ceremony.

All tattered, faded or soiled USA flags must be retired in a respectful and honorable ceremony. The VFW does so during this ceremony by reciting the Pledge of Allegiance and placing the retired flags on a ceremonial fire. The ashes are then collected and buried at a future date.

Dave Rudolph of the VFW stated, “We still have boxes to collect flags that need retirement at Leonard’s, at Mountain Ace in Blairsden and at the Memorial Hall.”