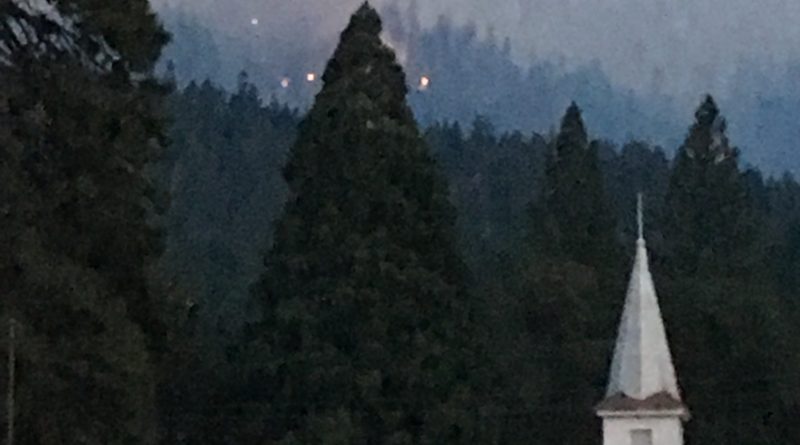 Flames were visible from this vantage point behind the Methodist Church in Quincy at 8:30 p.m. Friday evening. Photo by Janet Radtke
News
August 4, 2017August 10, 2017 Editor

11:30 p.m. Friday: The Sheriff’s Office in coordination with the U.S. Forest Service, has called for the voluntary evacuation of downtown Quincy. The order is in effect for all residents who reside south of Jackson along its length from Old Meadow Valley Road to Nugget Lane. An evacuation center has been set up at the Mormon Church in Quincy located at 55 Bellamy Lane near Plumas District Hospital. The  voluntary evacuation was called for after fire spotted over containment lines south of downtown in Boyle Ravine. Flames were visible to area residents throughout the evening.