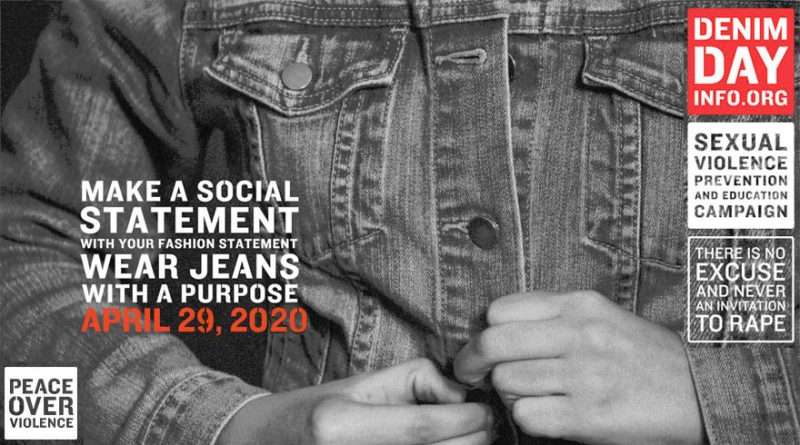 Monica Potter is a licensed professional clinical counselor who works at Feather River College and she wants to remind Plumas County residents that tomorrow is Denim Day.

“If you have to go out on Wednesday, please wear any piece of denim to show solidarity to never blame or shame survivors of sexual assault,” said Potter.

She explains its origin: The Denim Day campaign began in 1999 as part of an international protest of an Italian Supreme Court decision to overturn a rape conviction because the victim was wearing jeans. The Italian Supreme Court dismissed charges against a 45-year old rape suspect because his 18-year-old victim was wearing jeans at the time of the attack. The head judge argued, “Because the victim wore very, very tight jeans, she had to help him remove them… and by removing the jeans… it was no longer rape but consensual sex.” The judgment sparked a worldwide outcry. Denim Day is a symbol of protest against misconceptions that surround sexual assault.