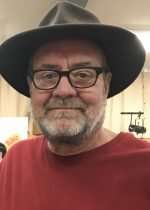 The world lost a remarkable man, friend and father, when Bill Gibson went peacefully to join our Lord during his sleep. His memory is forever engraved in our hearts.

Following is an excerpt from Bill’s journal. I’ve traveled and done more things than most people will ever do. From a small mountain boy working in a full-service gas station; I was lucky to finish high school. I think the staff just wanted me gone. Working in mines & construction, I decided to enlist in the US Navy. Fortunately, it was Peace Time and I saw few activities. After my discharge, life started really happening. My first job was with the Naval Air Development Center, working on prototype aircraft. Then I worked with a Chicago based company and was assigned with the Royal Egypt Air Force Headquarters for two years. I then received my Engineering Degree. I have climbed the Great Pyramids, hiked the Italian and Swiss Alps. Rode camels through the Sahara Desert; skied the Kline of Matterhorn; scuba dived in most oceans and seas around the world, including the Red Sea diving with a Saudi Prince; and I’ve dined with Ambassadors from around the world.