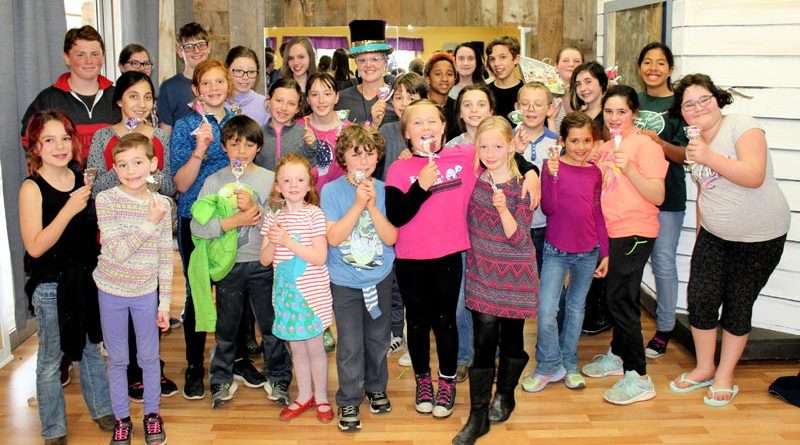 The dramaworks’ rehearsal hall was turned into a candy making factory March 23, run by none other than local candy maker Amy Carey of Carey Candy Co. All the students were able to be candy makers for the day under the careful tutelage of Carey.

Three stations were set up to let kids work through the process: molding, decorating and packaging. Director Danielle Wagner Plocki stated, “We are so grateful to our very own local Willy Wonka, Amy Carey, for creating such a memorable candy making experience for our students. The candy they created will be sold as concessions for their Willy Wonka JR. production.”

In addition, the Wonka kids, all 72 of them, will be hitting the streets this week to sell Wonka Bars as a fundraiser for their production. Be sure to support them by buying a Wonka Bar, maybe you’ll be the lucky one to find a GOLDEN TICKET!

Tickets are on sale now at Quincy Provisions, Quintopia Brewing Co. and at www.dramaworks.us.