Winds are strong, from the southwest; 20 to 25 mph. Gusts to 35 mph. Visibility is good due to wind.

Fires are very active in multiple locations north of Highway 36 … north of Westwood. Fire is presently moving parallel to Highway 36, and toward road A 21. Fire crews report they are hoping to hold a fire line along A 21 if winds do not change direction. Very high smoke plume visible toward the Susanville and Janesville areas.

Winds are predicted to shift more from the north as the evening progresses. Such a wind shift might blow the Highway 36 fire back toward Westwood.

The situation on the northern flank remains highly volatile in multiple locations, but there is no immediate threat to Westwood, Clear Creek, or Hamilton Branch. 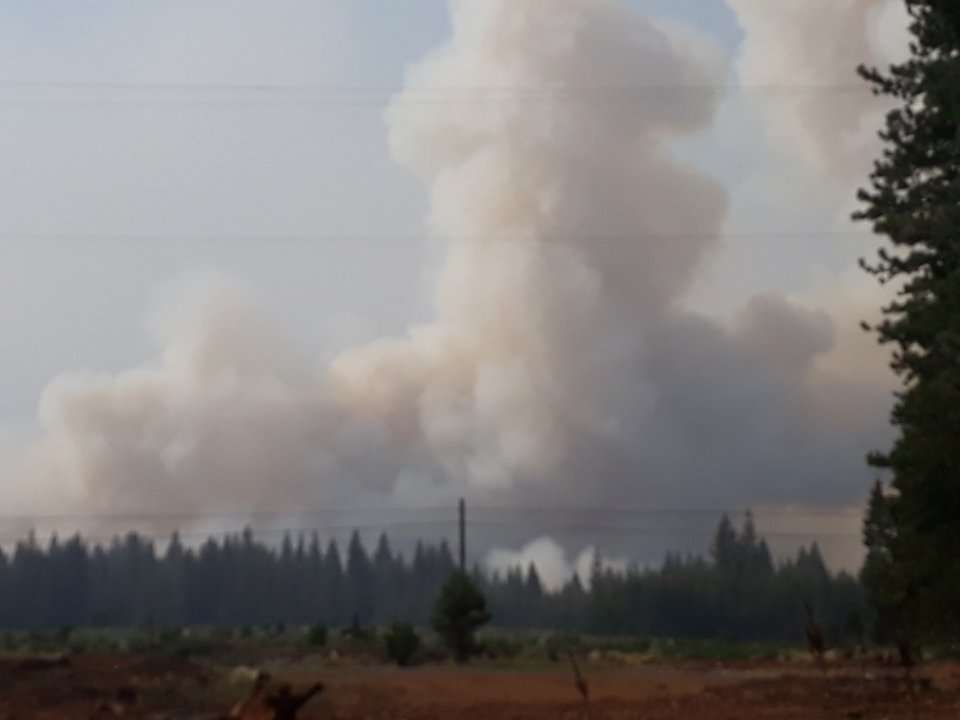