All letters must contain an address and phone number. Only one letter per week per person will be published; only one letter per person per month regarding the same topic will be published. Feather Publishing does not print third-party, anonymous or open letters. Letters must not exceed 300 words. Writers responding to previously published letters may not mention the author by name. The deadline is Friday at noon; deadlines may change due to holidays. Letters may be submitted at any of Feather Publishing’s offices, sent via fax to 283-3952 or emailed to [email protected]

Why not Greenville schools

As an advocate for public schools and a former teacher, I write this simply as fact — Greenville schools are hurting and it’s not the fault of the teachers or administrators. This community as a whole does not support the public schools and it is sad. So many parents have taken their kids out of the elementary school in favor of the “charter school” (technically an Independent Study Center) that there aren’t enough fifth graders left to hire a teacher for. All fourth and fifth graders have been combined into one class of 30 students, which isn’t fair to them or the teacher.

But the real problem is at the Junior High/High School, which is down to 70 students, with 50 lost to the Charter. The draw of four-day school weeks, an easier curriculum and a charter bus service that has been hired to transport students from Greenville, has proven too much to compete with. GHS has had to drop some of the best programs and classes like Art, Special Ed., FFA, Welding and U.S. History. It’s mind-boggling in a community with only 220 kids total, when larger towns like Chester and Portola don’t have Charters and have thriving schools with community spirit.

A fellow parent said to me the other day, “the more students the better the school … it’s simple. Just think of all the classes and programs our kids could have if they went to Quincy schools.” I never thought I’d say this, but if every parent in this valley isn’t going to support the schools, maybe the best thing would be for the students to be bused to Quincy and get the schools they deserve.

Last week, it was reported that a lone college trustee took umbrage at any restrictions placed on him that he said violated his First Amendment rights under the U.S. Constitution. He wanted to ask any FRC staff member any question he chose.

Trustee Sheehan responded with the necessary clarity that trustees make college policy under existing codes and regulations, directly supervising President Trutna and no one else.

As inappropriate as this conclusion delusion over First Amendment rights was, we should remember the specifics. Under some restrictions, we are all free to “speak our piece.” That doesn’t mean we are free to question or interrogate others to our satisfaction.

In the case of a public service five-member board (such as the college trustees), any member can introduce items at a point on the meeting agenda and can also introduce a motion on nearly anything.If “Mr. Free Speech” can obtain a second, plus one more vote, his motion will pass and become a permanent part of the public record … maybe even board policy.

Procedures exist so that everyone gets a say in public meetings, but not necessarily in private exchanges with employees (unless the board member has been specifically assigned to make contact).

Of tempests and teapots

In last week’s article on the FRC Board of Trustees meeting, I was characterized as undermining President Trutna by asking questions.A set of “key principles” were cited to make the point that individual Trustees should not ask questions of staff. First, let me say that I am wholeheartedly dedicated to supporting FRC and making it the best community college it can be. That is why I ran for the Board.

Second, it needs to be made clear that the “key principles” document cited is a “composite” creation of FRC administration using elements from several sources. Finally, I agree with most of the items in the Key Principles. However, one item, Item 5 seems to be interpreted by Dr. Trutna as meaning an individual Trustee cannot publicly ask questions or seek information from staff. In fact, he has insisted that all questions or information requests be addressed to him only and that all responses be returned through him only. This is troublesome and inherently in conflict with the essential role of a Trustee.

On the other hand, a quote from the ACCJC handbook for trustees says, “Effective trustees are analytical. They seek and consider many points of view and are able to recognize the complexities and subtleties in the decisions they face.” To do that, an effective Trustee needs to seek understanding and ask questions. I ask questions. I request information to enhance my understanding of College issues and programs. To do less would be to act as an ineffectual Trustee.

I have not, nor would I represent myself as representing the College or the Board officially. Similarly, I have not, nor would I give operational directions to College staff or faculty. That said, I do ask questions and seek information helpful to the College in my own right. I do not agree with any interpretation of the responsibilities of a Trustee that denies that role.

All this is to say that the reported bickering at the last Board meeting is rather overblown and rather misses the point. The point is that we need to get beyond such academic quibbling over personalities and get to important questions: such as why has our operating budget steadily increased over the past decade while on-campus enrollments have declined or barely held steady? And, what can we as a Board of Trustees do to improve the situation?

PG&E is a publicly traded (NYSE) for-profit corporation. They provide energy for ~ 16 million Californians and are regulated by the California Public Utilities Commission (CPUC).

PG&E has a history of convicted felonious activity including five felony counts of violating pipeline safety, one count of obstruction (deliberately hindering the legal process), water pollution (remember Hinckley?), failing to trim trees near power lines (739 counts of criminal negligence in one case), and caused the Butte (via a judge) and Camp fires (according to Cal Fire). PG&E has filed for bankruptcy in January 2019.

People have been killed, lives upended, homes and cities destroyed, and forests have been temporarily destroyed (only humans can completely destroy forests thru clear-cutting and ‘thinning’).

What is the cause of all this destruction from just this one corporation? Yes, it’s called greed. PG&E executives receive million$ in compensation and, of course, the stockholders want their dividends. A judge stated that PG&E paid out $4.5 billion to their stockholders. PG&E executives and board traded infrastructure maintenance, your life, livelihood, your homes and our forests so the rich can collect their payouts.

Only one electric and/or gas line comes into your home. We cannot shop for power providers. This is called a utility, part of the commonwealth, and is completely different than a corporation who makes toaster ovens or cars. We need power; we don’t need a toaster oven.

It’s time for California to completely takeover PG&E. The CPUC has been proven to be ineffective. Just like the health insurance industry, no more wasted money on huge salaries and dividends, or cuts to required services/maintenance. Imagine the progress we could have with modernizing our power grids, mass implementation of renewable energy, electric cars, trucks, busses, and trains, the jobs and incomes that comes with progress, and fair and just consumer rates.

The only people who lose are the negligent executives and stockholders. PG&E employees are retained. Governor Newsom, it’s time for California to completely take over PG&E.

I have a question for your readers, would you trust your health with a doctor who does not accept scientific facts agreed to by over 90 percent of scientists? I’m talking about climate change.

Anybody who happens to be in that “Gotta see it with my own two eyes,” group, whenever you drive across the Gulling Street Overpass, provided you can do so safely between now and St. Patrick’s Day, take a quick glance to the east. A quarter to a half-mile east of that bridge was right where the ice deck was located. If, in your judgment, given the tools and enough workers, enough ice could be pulled from the river to chill some small boxcars; then you can rest assured that little has changed in the last 80 to 100 years.

However, if it looks to you like it would be a challenge to gather enough ice, then your conclusion would probably be that average temperatures are somewhat warmer than they were. It really isn’t rocket science; this feeble excuse for the scientific method might save a trip to the not-nearly-as- frozen tundra.

Clever non-golfers to the contrary, a golf course is a great place for a good walk. Golf should be a release from the tensions of the world. Unfortunately, we have become so fixated on competition against others that many of us have forgotten to compete against ourselves. Money has diminished the game as well. There are some who have little interest beyond gambling on each hole. Unlike most sports, golf requires a brief analysis of conditions before every swing of the club. Club selection, ground slope, ground cover, wind, distance, hazards and temperature all contrive to divert a ball from its intended path. However, the greatest test in golf lies in learning to control the golfer. A professional might spend eight hours a day on the practice tee and practice green. Few of us can claim a fraction of that ungodly effort. But we can improve, and that is one of the benefits of the game.

Unlike those in team sports, we constitute our own primary opposition. Self-competition is the surest route to excellence in every field. Handicaps are little more than reference points. In golf, we are never through with learning. We should never become fixated on scores alone. The venue is as important as the game. If we cannot enjoy the wildlife, the weather and the remarkable natural environment, then perhaps we should go back to the treadmill. We might enjoy the comradeship, but unlike most other sports, we can also enjoy the game while playing alone. Most of today’s duffers rely on powered carts, but many of us, particularly old geezers fighting old injuries, are motivated by our need for exercise. Golf should always be a good walk enjoyed.

END_OF_DOCUMENT_TOKEN_TO_BE_REPLACED 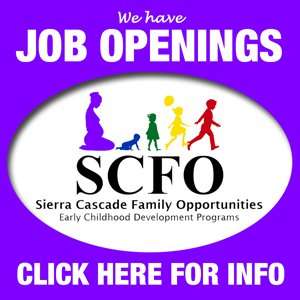