All letters must contain an address and phone number. Only one letter per week per person will be published; only one letter per person per month regarding the same topic will be published. Feather Publishing does not print third-party, anonymous or open letters. Letters must not exceed 300 words. Writers responding to previously published letters may not mention the author by name. The deadline is Friday at noon; deadlines may change due to holidays. Letters may be submitted at any of Feather Publishing’s offices, sent via fax to 283-3952 or emailed to [email protected]

I just want to go on record to let everyone know that we have the greatest small town paper. Always informative, compassionate, witty and great pictures of our beautiful county. Thanks very much.

The only thing in life that’s perfect is nature, everything else is naturally imperfect. This is a special time of year when nature puts on her best dress to share with all of us her continued growth and prosperity. I highly suggest walks along the river so you can reflect on your year and your growth, every week she wears new colors in your honor meant to impress, she’s a big show off in the fall. Nature can do this for you, a river heals all wounds, tensions and despair, as you never step in the same piece of water twice, such is life. Embrace nature; embrace the river, its sounds alone soothing to the soul. The river paints a trail that parallels ones life, young and small when born, we grow with the help of others who add their influences and we gain steam and confidence. Cascading down the many cliffs of our lives, we learn from our great falls a spectacle to others. Proud we are in our middle age, we long for the end but help many along the way just because. Finally we make our goals in life and the many canyons we have carved that will last forever never forgetting who’s currents helped lead us on this path in life, we will always remember that in the end, the secret of life is how we affected others in a positive way. You were always getting better in life because of it.

Always getting better with nature by your side.

Many rivers to you …

Having checked with the County Planning Department, the current existing zoning is Agriculture Preserve with a single modular home allowed. The purpose of Agriculture Preserve is for animal breeding and boarding, agriculture product sales and timber management. Further zoning attached to this 4.22-acre parcel is: Special Plan Scenic Area for the American Valley. Features attached to Special Plan Scenic area are pastoral open space with views of historic barns and old residences, rural views of horses and cattle grazing on meadowlands and for maintaining habitat for Canada geese. Land use protection measures would be the absence of commercial activities.

So when are our zoning laws threatened and not applied? Anytime the federal/state/or county agencies get involved.

By law, AVCSD has to offer their surplus land to other county agencies first. At the monthly district meeting, we were informed that 10 county agencies were interested in this sale.

Given that the county can apply any zoning needed to this acreage, it could range from residential to heavy industrial. Knowing some of the county’s current needs the possibilities range from the county Road Department needing a new sand house to the county needing a ‘halfway’ house for parolees.

I urge you to learn, start voicing your concerns and to protect the encroachment of our American Valley.

It sounds counterintuitive, but it’s best to send water to a flood and fuel to a fire. During a flood the water-treatment plants are often compromised. From the firefighter transport, to the engines, the dozers, the water tenders, the air support, the communication devices, the cook stoves and coffee makers in fire camp, to the drip torches, everything needs fuel. Heartfelt thanks to the many tenacious people who worked so hard to suppress the Walker fire and the other conflagrations in the Western U.S.

Considering that extreme need for fuel in emergencies, it only makes sense to conserve a precious commodity whenever possible. Just as a hypothetical example, someone with a 15 to 20 mile commute in city traffic, might find it more economical, and better for the air quality, to purchase a battery-powered vehicle. Owning a hybrid might work for someone driving to the station to catch a commuter express. The chemicals and plates in automobile batteries have been recycled for approximately a century; there’s no reason to expect a huge disposal problem. Radioactive waste, on the other hand, might be something to deal with. Many people in northern Plumas County noticed poor air quality in early September; for some people that’s a daily fact of life. The irony is that some of the choices they make — low mpg vehicles, over-powered lawnmowers, need to use the fireplace for tradition — those choices can contribute to poorer quality of life. Confronting the great straw controversy, often the straw sits on the table for half-an-hour, then goes straight to the trash. Unfortunately, that’s not the end of the story: plastics dissolve and degrade when exposed to the elements, sitting in a landfill for example, and the molecules of plastic can enter the groundwater. Some salmon have been found to contain traces of plastic. Bon apetit.

I feel it’s in our best interests to have a smooth and gradual transition from an over reliance on fossil fuels to a more sustainable model. If someone was serious about “impartial and intelligent deliberation,” they shouldn’t lead off with taunting and trite B.S.

When you read a letter from Trent Saxton, you should always keep an eye out for a sleight of hand, an obfuscation or an outright lie. Other times he’s simply wrong, too lazy to look into his specious claims. His letter chastising the City of Portola for trying to do something about climate change is no exception.

He explains the Portola resolution, then delivers his devastating blow: “Oh, bummer, NASA, a federal government agency, finally admits the truth after 60 years … ” I confess I frantically searched for this “news” as soon as Trent broke it. Except it’s hogwash. Let me explain.

The premise is that climate change is due to a variation in earth’s orbit around the sun. Trent’s source is Scientific Reports, an open source online journal. The article was immediately criticized for its weak scientific analysis, based on an “elemental” mistake about celestial mechanics. Gavin Schmidt of NASA’s Goddard Institute for Space Studies says the article contains “egregious” errors and the journal must retract the article if it wants to retain any credibility.

I would argue that the same can be said of Trent Saxton. The false nature of this article has been known since June. Saxton could have researched it, but didn’t. Instead, he sneeringly attacked Portola. It fits his agenda, so he skipped the actual work. This would be unimportant if Saxton was not somehow a member of the FRC Board. If FRC wants to maintain its credibility, Trent Saxton needs to go. His letters are printed weekly, rife with falsehoods that can easily be checked. He has shown a willingness to mislead readers on nearly every topic he addresses. This week Trent says NASA says climate change isn’t caused by humans and the Obama Administration lied about it. Oh, bummer. None of it is true.

Free, in the sense that it has been employed in recent political speeches, simply means transferring the cost of our purchases to others. Our nation’s public infrastructure is owned in common. The county hospitals, public schools and colleges of our past were supported because they provided for the health and education of the society. At present, “free health care” is little more than political doubletalk. Without serious restraints on the long out-of-control pharmaceutical industry, Medicare-for-all is an insupportable illusion.

Health care and higher education are often prohibitively expensive. Many of our state colleges and universities have become money driven corporations, dependent upon grossly overpaid executives acting as corporate CEOs. Such extraneous debits as student loan defaults, or overpriced textbooks that are deemed to be unreuseable, obviously need to be reduced. Grants to visiting professors are often merely for prestige, and add little to our students’ education. Acceptance of athletic ‘scholarships’ should require academic competence. Our colleges have passed the basket-weaving stage, but the myth of a universal need for technological training will long be with us, along with our passive response to the nation’s economic and political extremism.

Our society has been allowed to wallow in its stream-of-consciousness existence for far too long. It is time to reassess and reestablish our nation’s goals. Subsidizing higher education might be more easily justified if we knew where our country was headed, and if the goals were proven to be necessary for the continuing integrity and improvement of the society. Reform is needed, both in costs and in our education system itself. Simply to demand that others pay for that which we wish to possess is both unethical and immoral.

END_OF_DOCUMENT_TOKEN_TO_BE_REPLACED

During his noon news briefing today, May 29, Gov. Gavin Newsom announced that while the…

END_OF_DOCUMENT_TOKEN_TO_BE_REPLACED

The Plumas County Public Health Agency announced that as of this evening, Friday, May 29,…

END_OF_DOCUMENT_TOKEN_TO_BE_REPLACED

It’s graduation night for Feather River College, and graduates, friends and family can view the…

END_OF_DOCUMENT_TOKEN_TO_BE_REPLACED

The Plumas County Public Health Agency announced that as of this evening, Thursday, May 28,…

END_OF_DOCUMENT_TOKEN_TO_BE_REPLACED

Access to fresh produce for some Plumas County residents is always a challenge, but amid…

END_OF_DOCUMENT_TOKEN_TO_BE_REPLACED

The Plumas County Public Health Agency announced that as of this evening, Wednesday, May 27,…

END_OF_DOCUMENT_TOKEN_TO_BE_REPLACED

The Eastern Plumas Health Care board of directors will hold its monthly meeting this Thursday,…

END_OF_DOCUMENT_TOKEN_TO_BE_REPLACED

Jane Brown, a resident of Reno, Nevada and D.M.A. student at University of Nevada, Las…

END_OF_DOCUMENT_TOKEN_TO_BE_REPLACED

UPDATE May 28: The Plumas County Sheriff’s Office announced that Bevan was taken into custody…

END_OF_DOCUMENT_TOKEN_TO_BE_REPLACED

The Plumas County Public Health Agency announced that as of this afternoon, Tuesday, May 26,…

END_OF_DOCUMENT_TOKEN_TO_BE_REPLACED

Over the Memorial Day weekend, Governor Gavin Newsom announced an easing of restrictions for church…

END_OF_DOCUMENT_TOKEN_TO_BE_REPLACED 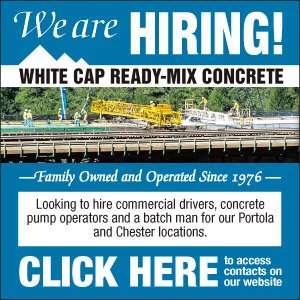