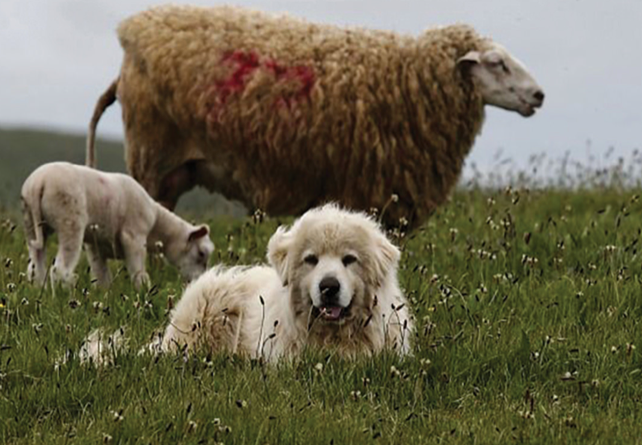 Our group Feather River Action! is supportive of a new non-lethal predator defense program for Plumas and Sierra Counties that would provide financial assistance to ranchers to improve their predator defenses and compensate them for the remaining losses associated with predation. This would replace the current wildlife killing contract between the Plumas/Sierra Agriculture Department and USDA Wildlife Services. Ranchers would still be able to kill coyotes and other predators according to existing laws, but this shift in policy would mean local funding for killing wildlife would be replaced by local funding to prevent livestock-predator conflicts.

Over the past decade, at a cost of approximately $750,000 in county taxpayer funds, Plumas and Sierra counties have hired the feds to kill more than 4,000 mountain lions, coyotes, badger, beaver, bear, muskrat, bobcats, foxes, skunks, and others, without any environmental review or evidence that livestock predation is being prevented by all this spending and killing. We are told that Wildlife Services attempts non-lethal methods first, but we have seen no evidence or documentation of this.

Wildlife Services is a federal agency that sees no problem in leaving M-44 cyanide bombs on public land that have killed pets and injured children. These bombs are baited with meat, and shoot concentrated cyanide into mouths causing extreme agony and likely death to any wildlife, family pet, (or child) who triggers them. Wildlife Services would surely not hesitate to use these same toxic bombs in our community if they were legal in the state of California.

More and more counties in California and beyond are shifting to non-lethal measures that reduce conflicts between predators and the livestock industry. This is the most certain way to provide uninterrupted local support to the agriculture industry. Many ranchers are excited about the possibility of local funding being available to improve their operations and reduce predation. This would be possible with the creation of a new non-lethal predator defense program in Plumas and Sierra Counties that would facilitate coexistence with wildlife, while protecting the interests of ranchers in our area, by providing funding for new deterrents like high fencing, guard dogs (and llamas), as well as compensation for livestock losses. Such non-lethal programs have been in place in other ranching communities for decades and have proven to reduce predator/livestock conflicts and livestock losses by more than 60 percent.

We understand how devastating it can be for a rancher to lose an animal to predation. However, killing predators (often not even the same animal who killed the livestock) is unnecessary, ineffective and even counterproductive because it disrupts predator social structure and makes their behavior (and thus rancher/ predator interactions) less predictable. Furthermore, predator populations, which are naturally self-regulating, respond to these losses by increasing their population.

Right now, there are local companies ready to install improved fencing, and dogs wasting away in shelters, ready to be trained to protect livestock. We call upon the Plumas and Sierra County Boards of Supervisors to terminate the USDA Wildlife Services contract for FY ’21/’22 and re-direct funding to a new non-lethal predator defense program.

Though our counties continue to pay approximately $76,000/ year to the federal government for “wildlife services,” there is little to show for it. Predation goes on and the cycle continues.

By shifting these funds away from USDA to a new, locally-based non-lethal predator defense program supported by the whole community, our local governments can balance the needs of the agriculture industry, the tourism industry (which in no small part is based on wildlife viewing), and local taxpayers—many of whom are opposed to the unnecessary killing of wildlife.

A new non-lethal program is the best way forward for everyone given Wildlife Services’ shaky legal status in California, operating without environmental review.

If you agree that the time is right to discontinue the killing, and fund more effective, predator defense measures in its place, please let the Plumas and Sierra County Boards of Supervisors know by e-mailing [email protected] and [email protected] The issue is on the Plumas County Board agenda for Tuesday Aug. 10th at 10am and will likely be on the Sierra County Board agenda for Aug. 17th at 9am. Please show your support for a solution that will benefit both wildlife and ranchers. More information is available on our website at FeatherRiverAction.org.

Josh Hart is a Portola resident and his family has resided in Eastern Plumas County for 8 years. He has a Masters degree in transportation planning and extensive experience working in environmental education, advocacy, and community organizing. He spearheaded the founding of Feather River Action! earlier this year, and was part of the grassroots coalition that defeated the asphalt plant and sand mine in Portola.

Letter to the Editor: A slogan that will definitely gain attention