Skip to content
Opinion Where I Stand
March 12, 2021 Editor

Governor Newsom looks certain to face a recall election. Voters – even his supporters – should be thankful that California has citizen empowerment tools to check corrupt, incompetent, unresponsive or simply unpopular government officials. If you favor accountability, look kindly upon the recall effort as a means of voters being heard.

It was not always so. In the early 20th century, California state and local governments, media, and courtrooms operated as little more than subsidiaries of the mighty railroads, which abused the public faith by buying and selling influence as though it was rail stock. Republican reform Governor Hiram Johnson revolted against railroad dominance by creating a direct-democracy end run around the moneyed Colossus that so easily and thoroughly controlled the state.

Johnson championed three major reforms: the initiative, the referendum, and, so critical now, the recall. Each gave voters the chance to circumvent the existing and corrupted power structure that had silenced them.

Voters went from having little or no way to hold their representatives to account to having a powerful arsenal for self-determination, which they have used many times in the past century.

When runaway property taxes chased seniors out of their homes and broke family budgets, voters came together in 1978 to pass Proposition 13, the most consequential tax reform in state history. Prop. 13 has saved families billions in its four-plus decades of existence. This reform simply could not have originated in the legislature, whose appetite for more and more tax dollars is legendary, but only as an initiative from the people.

When Gray Davis short circuited during the energy crisis, voters famously used the recall to usher in Arnold Schwarzenegger as his replacement, to see if the Hollywood legend could right the ship of state.

Whether you supported Davis or Schwarzenegger or Prop. 13 is secondary to the power Governor Johnson’s reforms invested in the people. The key element of his changes is that voters were given the ability to weigh in, to be heard, in ways that purely representative democracy does not allow.

Governor Newsom’s detractors have accused him of decimating small business, failing to reopen schools, and disregarding his own restaurant-killing safety guidance. These criticisms have fueled another grassroots effort to end his term early and find a better replacement.

Even if you support Newsom completely and think his handling of California is flawless, is it not a good thing for the Governor – and all politicians – to be haunted by the specter of accountability?

Hiram Johnson left us tools, not toys. It is not easy to place a recall on the ballot. To qualify, proponents need to submit valid signatures equal to 12-percent of the prior election’s turnout total. This year, that means roughly 1.2 million signatures were needed to put our current Governor up for a vote of (no) confidence. That threshold is a huge hurdle and ensures that recalls will not be used lightly.

But that threshold also means it now typically costs $5 million or so to qualify a recall or initiative for the ballot. This tool of the people runs the risk of being transported into the exclusive realm of big-money special interests who can afford paid signature gatherers, advertising, mail pieces and other tools of organization and persuasion. We should not let it turn into the very thing it was intended to fight. We should make it easier to qualify initiatives, referenda, and recalls, to keep them safely within reach of authentic grassroots efforts. 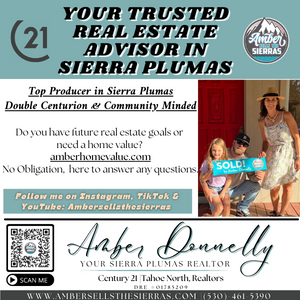 Newsom may or may not fare better than Davis. But win or lose, the recall is a signal to the current Governor and all politicians that they serve at the people’s pleasure.

Senator Ted Gaines (Ret.) was elected to represent the Board of Equalization’s First District. He is a leading taxpayer advocate and is committed to providing trustworthy and transparent representation for nearly ten million constituents in 30 counties of northern, eastern, and southern California. For more information, visit boe.ca.gov/Gaines.

Where I Stand: AB 2337 ensures a quality education for frontier schools

Letter to the Editor: Pick up High Country Life and read about PAWS

Where I Stand: Importance of local hospitals – Seneca on the ballot

By Dale Knutsen Lake Almanor West               Very soon we’ll all be receiving our ballots for the November election. …

Letter to the Editor: Kudos on the EPHC Therapy and Wellness Center

Kudos to EPHC for embarking on a Therapy and Wellness center on the Portola hospital grounds. I am so happy…

Letter to the Editor: We Are Not Divided

Ask anyone you know if they agree with this: “We used to say that money buys power.  Now power…

If you haven’t yet seen Parallel Lives at the West End Theatre, it’s not too late! I attended on opening night…