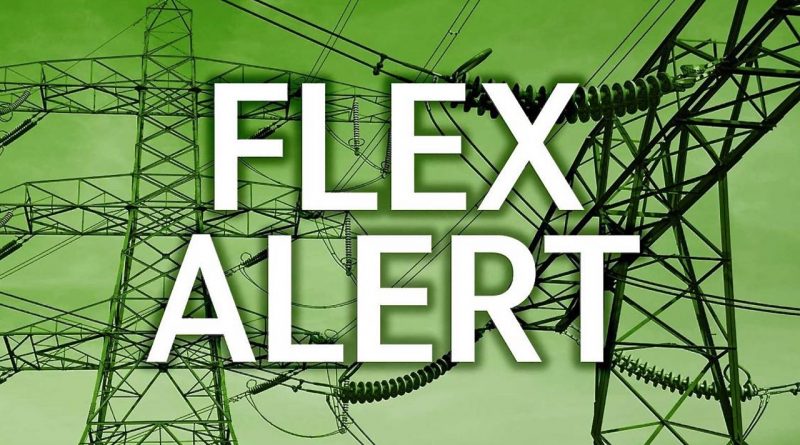 Opinion Where I Stand
September 11, 2022 Editor
By Bill Martin

We’ve just completed a stunning record heat wave in California. More days over 100 in a row than Sacramento has ever had, including a new record high of 116°. And for much of this time, the overnight lows were close to 80°. Despite this electrical challenge that marked a new statewide consumption record of 52,061 Megawatts, we avoided repeating the rolling blackouts of August, 2020. How?

We’ve had Cal-ISO (the Independent System Operator) to make improvements, ever since the electric de-regulation disaster of 1996 cost consumers an extra $9 billion after three malevolent corporations rigged our power market. Now, Flex Alerts for conservation go out to the public when supplies are tight, and there are three sequences of emergency warnings of potential short-term blackouts. Continuing media coverage of this challenge and super-hot weather help remind the public that cutting back is preferable (and safer) than an outage. There is also built-in “demand response” contracts where large scale consumers restrict their consumption during certain periods in exchange for a cheaper overall rate.

Some are free to disagree, but building more renewable electricity is a great way to reduce carbon while getting away from large, base load central generation. 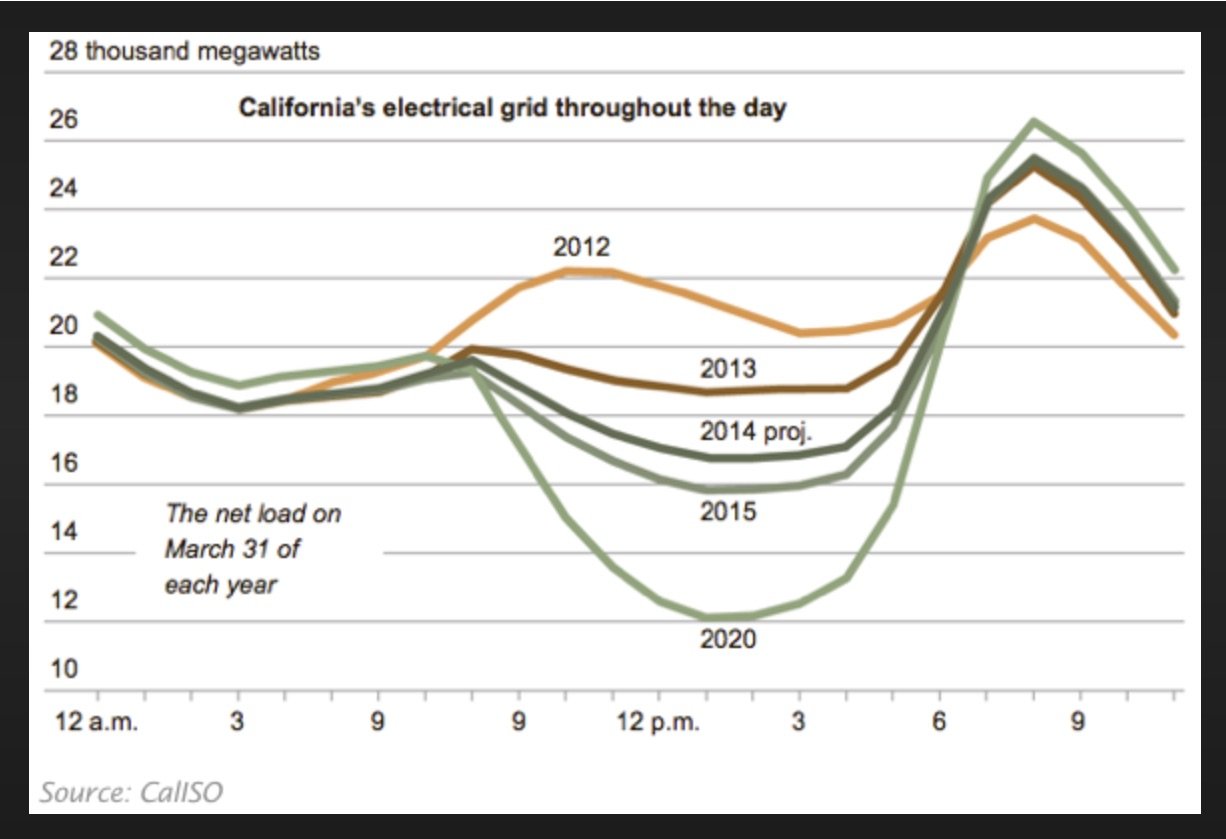 But at certain times of the year, something referred to as the “Duck Curve” stymies grid management when there’s a high proportion of renewables in the mix. This refers to the varied nature of electricity consumption across the daily cycle versus when those renewables can contribute. (On one date this year, not during hot weather, California reached 100% renewable coverage of its load.) The curve is a graphical pattern looking like a duck heading from left-to-right from midnight to midnight. The line itself represents the amount of power needed to feed the grid from conventional generation.

Solar electricity has become the largest renewable contributor, and though beneficial, wind is not predictable. But when sundown comes, there are challenges. Consumers fire up all manner of electric appliances when many return home and do cooking and perhaps laundry (not to mention air conditioning). This is the steep rise of the neck of the duck toward its head, when utilities have to produce lots of conventional power to replace what the renewables carried for much of the day. This is referred to as the supply “ramp-up,” and it has become more severe as our population has grown and additional renewables have come online. There are ways to fix this problem, and it doesn’t have to be only through consumer load reduction every afternoon.

Grid-scale battery facilities are growing, but not fast enough. They have the potential to bank all the excess power from the duck’s belly and from conventiional generation, then letting it loose during the ramp-up, only to be recharged overnight or tomorrow. This is a now mature technology that is quicker to permit and construct than conventional (fossil) power generation and it dispatches across the grid quicker than anything else. It is also silent and emission-free.

We came through this latest heat wave because of an effective protocol when the gap between power supply and power consumption narrowed. And we also benefitted from the altruistic sacrifice of many of our citizens to keep the lights on for everybody else during a period when loss of comfort and convenience provided the critical difference to keep everyone’s lights on and clocks running. Congrats to all who contributed to this effort!

Politically and in terms of preferred policy, there has been a long running feud between Texas and California, with the former taking “digs” at our efforts in conservation and our intention to sell only electric passenger vehicles after 2035 that will remain grid-dependent. To a person like me, this stings and angers—so I will respond.

We’ve had rolling blackouts only in 2002 and 2020 and no one died. Texas had their third grid emergency across 15 years in February of 2021 when they lost 700 souls, racked up large damage to buildings from frozen ruptured pipes, and then falsely tried to blame it on their renewable generation. It was their frozen gas plants that failed. Their reputation for independence is as big as their hubris. Texas is not connected to the rest of the U.S. grid and its managing regulator is ERCOT (Standing for Electric RELIABILITY Council of Texas).

Climate change will affect all of us for some time to come, but California is working hard to meet this challenge with grid resiliency and more renewables so that carbon emissions don’t make things worse. We can be pleased that we’ve made it through the worst heat wave on record. And there’s one thing to remain confident of. Once the infrastructural commitment to capture renewable energy is completed, all that energy will remain free. It will displace emissions and pollution, and it cannot be used through extortion by a foreign power or a domestic business entity. Acquiring more green (rather than brown) electrons is a good thing!

Letter to the Editor: About a National Monument

Letter to the Editor: The town showed up