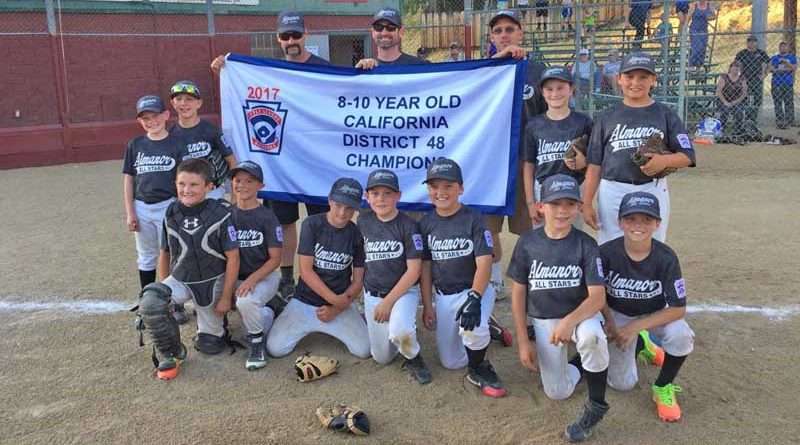 The Almanor All Stars, consisting of 8- to 10-year-old boys from Chester and Greenville, won the District 48 Championship in Susanville on June 30.

The boys played well throughout the tournament by beating Modoc 14 to 5 and Susanville 20 to 5. Susanville battled back out of the loser’s bracket to beat Almanor 13 to 3 in game three.

With elimination on the line, the Almanor All Stars responded with strong pitching from Talon Pleau and Chase Clark, and timely hitting from Jhett Neer, Dalton Bentz and Trenton Tissot to bring the District 48 championship back to Lake Almanor with a 14-10 victory.

The Almanor All Stars advance to the Section 2 Tournament in Chester, Saturday through Thursday, July 15 through 20, at the Truman Collins Pine Sports Complex in Chester.