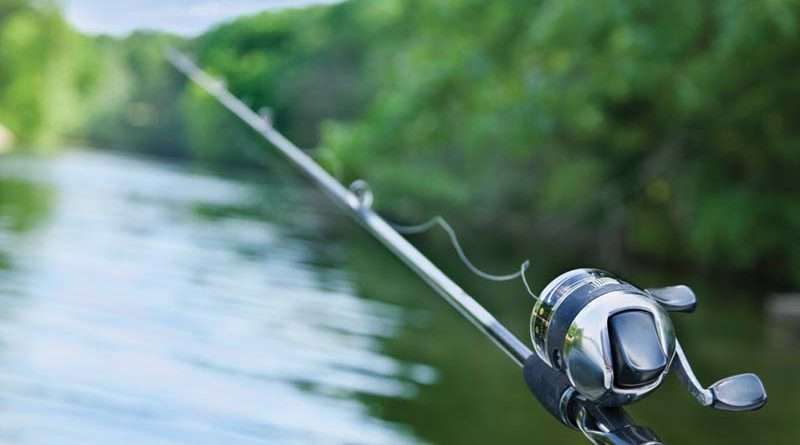 A bad day of fishing is better than a good day of work.

The big news for anglers this week is that all local waters are now open for fishing. That includes Eagle Lake and the streams that are tributary to Lake Almanor, Butt Lake and Lake Davis, which all opened last weekend.

No opening day reports were available as of press time, but I think it is safe to say that the higher water level at Eagle Lake is great news for anglers and we can look forward to a great season at Eagle Lake.

Even though the Department of Fish and Wildlife regulations say that all local waters are open to fishing, Mother Nature likes to remind us who is really in charge here. Lakes at the higher elevations may still be inaccessible due to snow. Rivers at mid and lower elevations are somewhere between not fishable and really tough to fish due to exceptionally high runoff.

Lake Almanor is nearly full and clarity is improving although the recent warm weather runoff into the lake is increasing. Clarity is best in the west basin as the water flowing in from the diversion ditch (aka Super Ditch), Bailey Creek and the North Fork of the Feather are all fairly clear. Hamilton Branch on the other hand is adding a bit of color to the water in the east basin.

The water has warmed up to the point that there is lots of insect activity and the fish are feeding actively all over the lake.

Trollers are finding fish in the usual spots. Rec 1 to the A-Frame along the east side of the  peninsula, Prattville to Almanor West and the east shore are all worth fishing right now. Rec 2 and the open water off airport flats are also producing some nice rainbows.

Fast action rigs like the always-popular Speedy Shiners and Needlefish are working the best.

The fishing at Davis started a little slow this season, but it is picking up now. The rainbows are running 16 to 22 inches and it sounds as though the catch rate has improved over previous weeks’ reports.

The road around the lake is open although some of the spurs to the lakeshore are still blocked by trees or are muddy.

Fly anglers are reporting hatches of blood midges and a few damselflies on the move.

Trollers are reporting good catches trolling Dick Nite spoons in the Copper Red Head pattern. Fish near the surface early and lower your gear to between 20 and 25 feet as the day progresses.

Fishing continues to be very good at Frenchman. The higher water seems to be the key to a productive season.

Frenchman fishes very similar to its neighbor Lake Davis. Trollers are scoring with Dick Nite spoons in both the Fire Tiger and Red Dot Frog patterns. Start shallow and then lower your gear to 20 feet once the sun is on the water.

Many high lakes are still not accessible, but the number of lakes that can be reached is improving each week.

If you are able to make it to one of these little gems try fishing midges on a long leader.

Not a fly angler? No problem. Just use a plastic bubble with your fly and long leader.

Bubbles are great because they can be partially filled with water to give them the weight needed for casting while still remaining buoyant.

If you are using casting gear, try Kastmasters or Dick Nite spoons.

High water continues to make stream fishing a challenge. Your best bet is to work the edges of the streams where the flows are a bit slower.

Sometimes the best way to do this is to stay back 10 feet or so from the stream bank and try casting to the edge from there. A stealthy approach definitely increases your odds of catching an unsuspecting feeding trout.

Bait anglers are picking up fish with salmon eggs or worms fished with just enough split shot to bounce the bait along the stream bottom. Panther Martins and Rooster Tail spinners are also good bets.