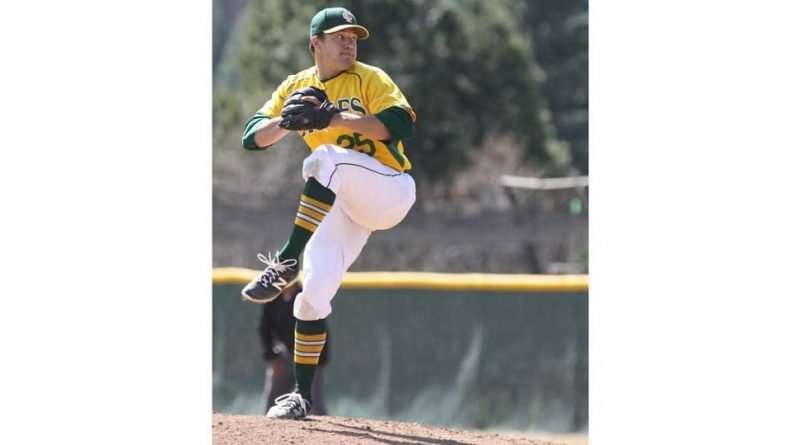 Cole Fiori and Chase Fernlund knocked in an RBI each. Runs were scored by Joe Bath, Ryan Coleman and Brandon Koszuth.

Fiori and Bath both hit doubles in that game. Samson Abernathy and Bath managed to steal a base from the Cougars.

Eagle Brandon Vial pitched the majority of the game, facing 32 batters and striking out four. Vial was provided some relief from FRC pitcher Sam Gamboa who struck out one of the two batters he faced.

But that wasn’t the end of the story. On April 11, the Eagles again played the Lassen Cougars and won 4-2 in the first game and widened the lead 10-6 in the second game.

During the first game April 11, runs were scored by Fernlund, Jarid Norberg, Oakland Scanlan and Tyler Kushima. RBIs were contributed by Fernlund and Joe Bath.

In the second game against the Cougars that same day, Eagle runners crossing home plate to score were Koszuth and Kushima twice and Fernlund, Norberg, Scanlan, Chase Larsen, Coleman and Koszuth each for one run.

RBIs were led in a big way by Larsen with four RBIs. Scanlan and Bath knocked in two and Koszuth and Fiori each contributed one RBI.

Scanlan and Larsen each hit a double. Fernlund and Coleman each stole a base.

On April 14, the Eagles played against the Butte College Roadrunners in a game that ended 4-3 in favor of Butte. Getting back on the mound April 15 to swing again at Butte, the Eagles won 6-4.

During the April 14 game, runs were scored by Larsen, Bath and Abernathy. Two RBIs came from Norberg and one from Kushima. Fiori and Kushima each hit a double.

Fernlund, Larsen and Kushima all gave the Roadrunner pitchers a hard time by stealing bases.

Feather River put three pitchers on the mound during the game, Vial faced 27 batters, five whom he struck out. Watland came to the mound to strike out two batters of the six he faced and Tucker Weaver pitched facing five batters.

Of these three pitchers Vial sits at a ratio of 97 pitches to 61 strikes, Watland has 22 pitches to 14 strikes and Weaver is at 26 pitches to 17 strikes.

During the second game April 15, a run each was brought across the plate by third base Jesse Morales and second base, Kreighton Tsuruda-Gasper, with two runs by centerfielder, Justin Walls.

RBIs for the game came in pairs with two from first baseman Marcus Wilhite and two from centerfielder Dominic Chavarria. Chavarria hit a double.

The Eagles sit at 18-15 over all and are 15-5 in league play, showing that the team is putting in a great deal of effort with lots of practice games.

The first game is scheduled for Friday, April 21, starting in Quincy at 3 p.m. The second game, also against Shasta, is on Saturday, April 22, and begins at 1 p.m.

The Eagles then travel to play College of the Siskiyous on April 26 and 27 and the last game of the regular league season will be in Marysville against Yuba College at 1 p.m.