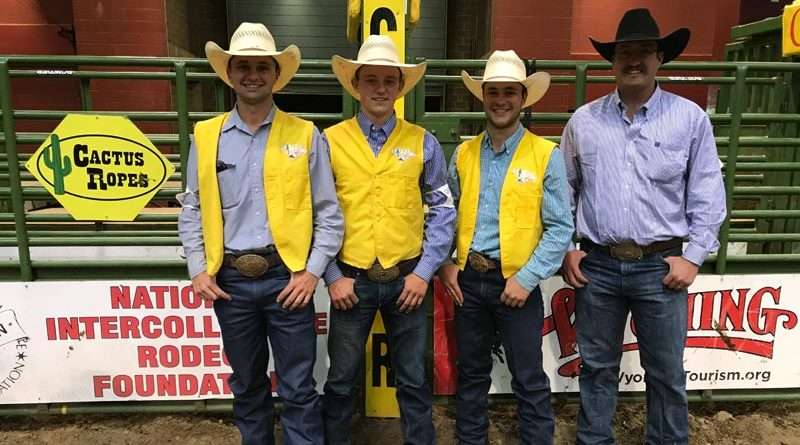 The national event ran June 7 through to the 15th. Three FRC wranglers qualified to take on the competition at the big finals event. Cameron Messier competed in Saddle Bronc Riding, Cody Stewart challenged in Team Roping and Kolby Bravos took on Steer Wrestling.

Stewart earned second place in the second round with a 4.9. “They made it back to the short round and missed their fourth steer,” said York, “and ended ninth in the nation.”

Bravos split third and fourth place ranking in the third round with a time of 4.5.

“Overall I was proud of the boys this year at the CNFR and am very optimistic for next year,” said coach York.

The Reno Rodeo is a Professional Rodeo Cowboy Association-sanctioned sporting event and one of the top rodeos in North America. The 100th year anniversary event ran June 20 through 29.