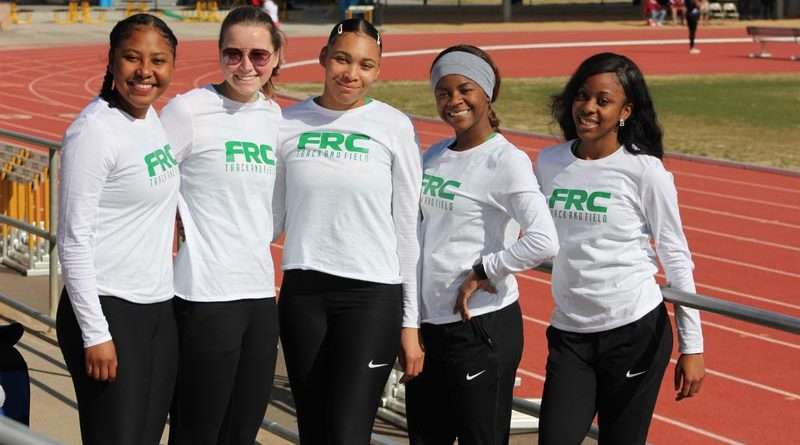 The March 7 Kim Duyst Invitational in Stanislaus County was the second competition for the Feather River College track team. Overall, the FRC women placed fifth as a team competing in six events of 16 in Stanislaus.

Iyahna Jones was uncontested in the 400-meter dash and earned 10 team points with her time of 1:06:50. Jenna Asnault came in fourth in the 800-meter with a time of 2:57:72 adding 4 points for FRC. Asnault also competed in the 1500-meter, but was disqualified along with three other runners. Feather River had no competitors for the 100-meter or 400-meter hurdles.

The Eagles had no athletes compete in high jump, pole vault, long jump, shot put, discus throw, hammer throw or javelin throw. FRC does have a thrower, Jasmine Stapleton, and she competed as an Eagle for the first time March 14 in Chico.

Butte College hosted the first event of the season that the Eagles were able to participate in Feb. 21. In the invitational preview, Christensen took first place in both the 100-meter and 200-meter dashes. Iyahna Jones took first place in the 400-meter dash. Jenna Asnault competed in the 800- and 1500-meter races and took fourth place in the 800-meter, disqualifying in the 1500-meter.

Carlos Suarez is coaching the team for the second year at FRC. This small Eagle team is the largest the Quincy community college has had in many years.

“The girls have worked endlessly in preparation for this season and I am excited to see them flourish,” said Suarez. “It’s been a great experience to see the them develop and represent FRC as the program bounces back.” Stay tuned in these Sports pages for updates and developments as the season progresses.