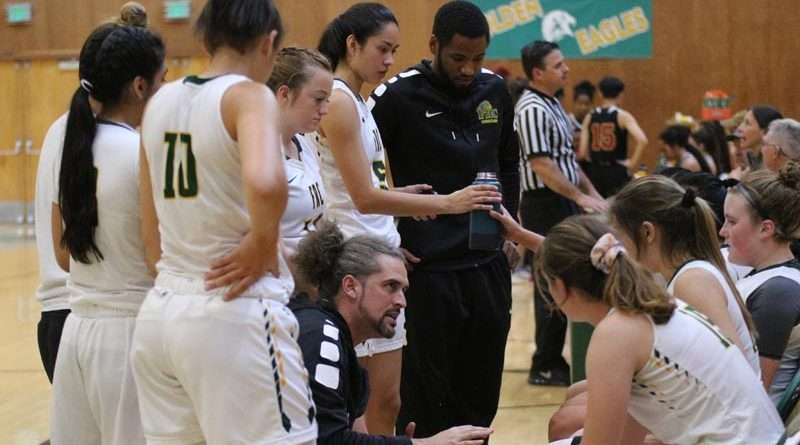 The Eagles won two in a row on the court and have already begun moving up the ladder improving their league ranking this season. The team displays incredible drive and only seems to get more determined when challenged.

“After taking on the toughest early schedule in the state, our group is continuing to mesh and find ways to compete,” said FRC head basketball coach Brent Stevens. “If we can continue our progress and work hard, the sky is the limit for this group.”

Eagles vs. Am. River

The women took a head full of steam from their victory over the De Anza Dons and traveled to Sacramento to play the Beavers. In another extremely exciting game, the FRC women won in a squeaky tight 72-70 victory.

The Eagles provided a dynamic game with a winning score of 79-71 in front of the fans gathered in the stands at home. The De Anza Dons are currently considering a new mascot, perhaps the Diamondbacks or Mountain Lions, but for now the Dons traveled from Cupertino for the preseason game.

The women have quite a lineup of games on the road before they come home to play the Simpson Hawk JV team Friday, Dec. 20, starting at 5 p.m.

That will be the last game for the year, but fans can mark their calendars for the first conference game. It happens in Quincy on Wednesday, Jan. 8, at 7 p.m. The challenge will come from the Lassen Cougars. The Eagles will play the Cougars again this season Feb. 5 in Susanville.