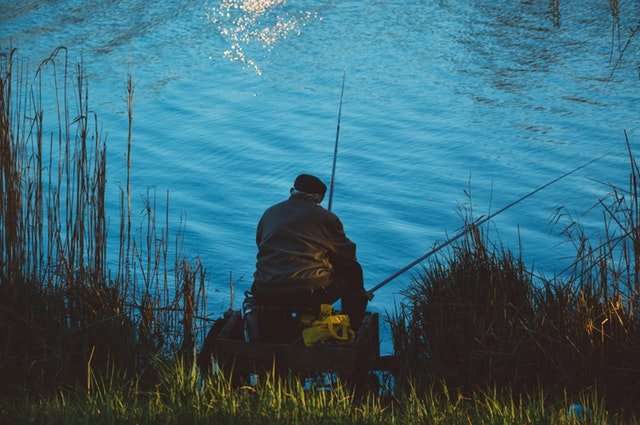 Fish come and go, but it is the memory of afternoons on the stream that endure.

While we are still enjoying warm days, mornings in the northern Sierras are cool and crisp; starting to hint of fall. These cooler over-night temperatures are mitigating the daytime heat and as a result, the fishing is slowly starting to improve.

And some of the best fishing of the year is just around the corner. I am anxious for fall.

But fall is not here yet so it is too early to abandon warm weather fishing tactics. To find fish, you must find the cooler water. If you are fishing lakes look for springs and tributaries. Rely on your sonar to find the depth fish are holding at. If you do not have sonar, 30 to 40 feet deep is a good place to start. That means lead core line or a downrigger if you are trolling.

Stream anglers should target areas just downstream from springs or cooler tributaries. Keep in mind that much of the trout’s preference for cooler water is actually driven by their need for oxygen. Cooler water has the ability to hold more oxygen than warmer water.

The fishing at Almanor has improved slightly over the past few weeks, but drops off a bit every time the temperature climbs into the “above normal” range.

Pond smelt are the primary feed source this time of year. Their populations are cyclical so they are more abundant in some years than others. This year there are lots of them.

If your boat is equipped with sonar (essential gear for trollers) look for clouds of bait on the screen. More than likely you will see marks indicating larger fish around the edges of the schools of pond smelt. This is where you want to be. Try slow-trolling crawlers behind a dodger along the edge of the bait ball. Berkeley Gulp baits and other baits that imitate crippled bait fish are all effective.

The pond smelt are scattered through out the lake, but they do show a preference for rocky shorelines so you are more likely to find them in the east basin of the lake and along both shores of the peninsula.

Look for diving birds. What frequently happens with the schools of pond smelt is that predatory fish (think big hungry trout) will charge into the schools from below. They often stun or even kill pond smelt when they do this. The distressed baitfish will float to the surface or swim there on their own to evade the predators. Once they are on or near the surface, they are vulnerable to the feeding birds. Sometimes it hard to catch a break.

Bank and fly fishing pressure has been light and that is not likely to change until the water temperatures drops and the lake turns over. Full sink lines are a must for fly anglers. The best bank fishing is probably at the mouth of Hamilton Branch.

The kokanee are getting fat and sassy at Bucks Lake. They will be preparing to spawn in a few weeks, but right now, they are in great shape.

The best way to catch kokanee is trolling small spoons behind a dodger. Your gear should be 35 to 40 feet deep. Try light and bright colors like pinks, orange and chartreuse in the morning hours and then switch to darker colors such as blue, purple and green later in the day.

The kokanee are still in the main portion of the lake. Look for them to begin to stage in front of Bucks Creek and Mill Creek over the next few weeks.

There are also brooks, browns, rainbows and Mackinaw to be had at Bucks. They will be found in the deeper water until things cool off a bit more.

While we wait patiently for the mid-elevation lakes to cool down it is important to remember that the smaller high elevation lakes are getting a head start on the process.

To the north of the Almanor Basin, Echo, Silver, Caribou and Crater lakes are all in good shape. In the south end of the county, fishing in the Lakes Basin area should be improving. Try Snag, Lower Sardine or Gold lakes,

Scheduled fish plants are over for the season, but there should be good populations of decent sized catchable trout in these waters.

These fish will be a little bigger and a little smarter than when they were planted earlier in the season, but still they are not too picky. I like fishing for them with zug bugs or small woolly-bugger fly patterns. They also respond well to a variety of spoons and spinners. Rooster Tails, Mepps and Thomas Boyants are some of my favorites.

Water levels are as low as they have been all season making for plenty of fishable water.

Fishing with dry flies in the late afternoon and evenings has been productive on many area streams. Look for caddis flies and small mayflies like Blue Wing Olive. In the afternoon, look for flying ants and grasshoppers. Midges will work better in the morning.

Bait anglers will do well with salmon eggs or crawlers. Try fishing the riffles and at the top of pools. Fish will gather in these spots to get take advantage of the better-oxygenated water.

Some of the most promising area streams right now are Deer Creek and the North Fork of the Feather above Almanor (both planted recently) and the Middle Fork of the Feather below Two Rivers. The Susan River, Yellow Creek, Jamison Creek and Indian Creek below Antelope Lake are also good options.

As with just about any stream, the further you get away from the roads, the less the fishing pressure and the better the fishing.